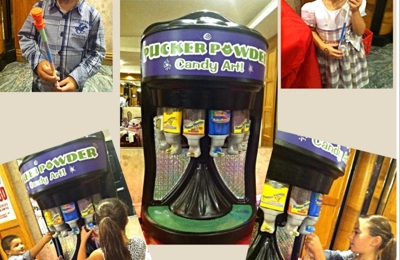 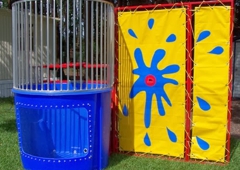 I hired this company for my son's Communion because the owner had outlined what seemed to be a fun-filled experience. He said that the Dj would play games with the kids such as mummy wrap, various games, use hoola hoops, etc and get the crowd up. I stressed to him that the majority of kids were old enough to play. Also, I was asked to supply special requests in advance, so the Dj could play them.
Well, when we arrived at the party, the Dj knew of no such requests, which the owner failed to relay to him. This meant sitting with the Dj and going over the requests again, which at that point, I could not remember . Additionally, the Dj played musical chairs with the kids and no other games. My son said they did a scavenger hunt, but since he didn't announce it, we never knew. tThe prize package was just handed out to the kids, not acquired through any games.
We wanted an array of music, which was one of our requests, but we didn't get that either. No one danced and that is definitely why. Besides telling about the cake and musical chairs, there was no interaction between the Dj and guests. He just stood there playing with the computer. i could have brought a radio and saved myself $.
Lastlty, my mother-in-law requested the electric slide in hopes of getting people moving, but Jay said as he looked at his watch, ""It's not worth it. I'll be packing up soon."" It was 45 minutes before the end! This Dj was so not worth it.
I feel teribly because my exceptations were not met ,especially since my son wanted to feel like a king, being introduced. That was also never done, an introduction. Jay said that my son would be announced after we ate, but that never happened either. I guess he didn't feel he was worth it.
Don't hire them. You will be terribly disappointed as I am!