General Info
We are a local, family-owned company serving the Spring/Woodlands area and surrounding communities since 1986.
Hours
Regular Hours
Services/Products
We service all makes and models with fast courteous service. Air conditioning and heating preventative maintenance checks are scheduled seasonally. Upgrade to a high efficiency central air and heat system, with professional installation, and save $$$ on your utility bills! We offer free estimates / second opinions on the replacement of central air and heat. .
Payment method
amex, discover, visa, mastercard, check
Location
Serving the Woodlands and Surrounding areas since 1986..... Call Now to set an Appointment !
Amenities
Fair and Competitive Pricing with Top-Notch Service,Quality Service and Installations,Same-Day or Next-Day Service Available,Seven Days A Week, Including Holidays,Never an Overtime Charge,Senior Citizen and Veteran Discounts,Customer Referral Discounts
Other Link 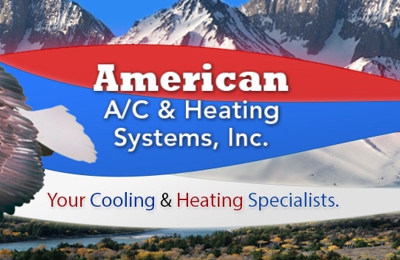 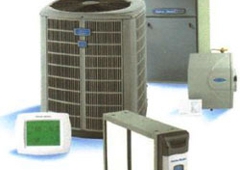 This is a family-owned business with which I have done business for over twenty years. I have never once had the occasion for doubting any of their estimates or the quality of their work. They have completely replaced my furnace and a/c units twice (normal wear and tear), and have done outstanding jobs. If you want a company you can depend on, choose American Air!

Our air conditioning went out on Sunday; we called them and left a message and did not expect to hear from anyone until Monday. To our surprise they called back on Sunday and said they would have someone out to the house the next morning. After a thorough review of our system they recommended that we replace both the air system and the heating system; our unit was old (still used Freon) and could not be repair; there were several leaks also. The price was not too bad so we agreed to replace both systems. They would have installed the next day, but we were going to be out of town. They came out on Wednesday and had the air conditioning cooling the house by Noon. I would recommend them to anyone who has an air conditioning need; especially when the outside temp is in the 90's and 100's!! The fast service was very much appreciated.

We've been with the Frith family business for 17 years. They have taken care of our home " built in the 70s" with preventative maintenance checks on a seasonal scheduale. They have always given us a good rate and informed us the problem and needed repairs or replacement. They have kept the units working efficiency. We are senior citizen and veteran. We highly recommend their prompt and dependable service. The Mason family.

We have been using this business for over 35 years. They are always prompt, dependable and on time with their appointments. They always provide competent, professional work at a very fair price. With having them maintain our systems twice a year, we have never had any major issues with either our heat or air units.