YOUR In-Home Appliance Repair Experts Since 1977! 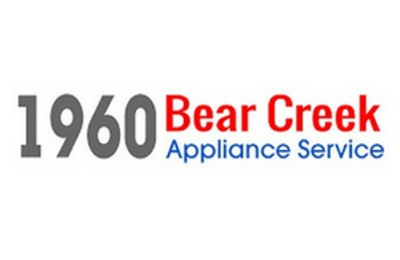 If I could give zero stars I would. Our dishwasher was making a strange noise so we called 1960 Bear Creek Appliance. They sent our a repairman who unscrewed the pump and vacuumed it out. That was the only service done and He was here for perhaps 10 minutes, 15 tops. For this service we were charged $181.69. Gulp! We made mental note to call someone else next time. In the meantime our dishwasher continued to make the strange noise and our dishes starting coming out dirty every time. I thought it was a detergent problem and tried several brands, to no avail. Finally last night we pulled out the bottom drawer/basket to see if there was anything wrong that we could see. We should have done this right when we noticed the dirty dishes; imagine our surprise to see that there was no sprayer arm on the bottom of the dishwasher. That would definitely explain the dirty dishes! I called 1960 Bearcreek Appliance to explain what we had found and ask them to replace it. I got a very skeptical attitude from the manager, who insisted that repairmen check their work every time, and her repairman would have noticed this. (?) She said, "I don't know how your sprayer arm was taken out, but our repairman would have had to put it back to test the dishwasher. I'm not going to argue with you about whose fault it is." Why in the world would we have removed our own sprayer arm?! Finally she offered to ship the part directly to our house, where we could install it ourselves because "the instructions are pretty self explanatory." I called in good faith to have a problem fixed and was treated as if I were the problem. Not once did the manager apologize for the mistake and inconvenience, and was incredulous when I asked for the repairman to come back out to install the part. This sounds so crazy that I wouldn't believe it if I hadn't just experienced it. Needless to say, our decision not to use them again has been strongly reinforced.

I will be using these people again! I will also be referring everyone I can to them.

I called at 815 Thursday morning to have my fridge serviced. I was told that the tech was in the area, so I would be the first service call he would tend to. At 1130, I still hadn't heard anything, so I called them back to find out what the problem was. I never did find out what happened with the first tech, but they dispatched Mark to my house.

Mark arrived and was able to diagnose the problem within 10 minutes (bad evaporator motor). He did not have the part handy, but assured me that he would order it and be back tomorrow (Friday) to fix it. He called me at 1:50, arrived at my house at 2:00 and was finished by 2:30. Very pleased with his professionalism and expertise!

I needed a repairman to fix our Maytag Saturday afternoon - the day before Easter Sunday! These people took my call right away. The man called and was here in 30 minutes (just like he said). He knew exactly what the problem was, but checked to make sure he didn't repair something that didn't need to be fixed. The service call was minimum. He replaced the part in no time flat - I think he was here all of 30 minutes - and was on his way. He was polite and knowledgeable. I am so impressed with these people and will call them again.................. if I have a problem!

These guys show up on time and give a very fair price. Impressed with the repairman's explanations and professionalism. Would highly recommend for any appliance repair. They also have a great record with the BBB. Give them a call. You can't go wrong with these guys.