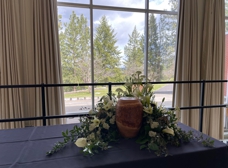 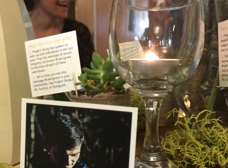 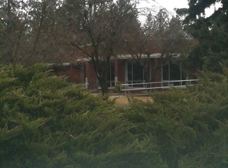 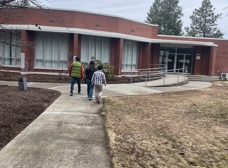 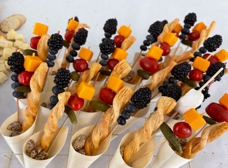 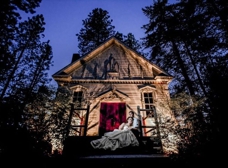 This review is for the catering and facility rental dept. of Mukogawa fort wright institute. I'm not sure how the rest of the departments are, but these area's I'm reviewing hae rude and unprofessional staff. First off, 12 of my 35 guests at my wedding got sick, like some were leaving early sick, didn't even stay for the cake or dances. I, myself spent my honeymoon on the toilet. Out of all things, I wasn't even mean when I called them to inform them of this. Not only did I not get an appology, but the guy had the decency to tell me to "reschedule my honeymoon for a different time" The other staff member had told me prior to that that she was sick with the same symptoms that my guests had which was throwing up and diarrhea. Hmmm, maybe it wasn't food poisoning but if the staff members come to work sick then it's bound to spread especially if they aren't taking proper precautions. I was very dissatisfied with the service as well. I had to pay an extra $1.63 per plate for grutuity, and it was a buffet, there was NO service, we had to serve ourselves. I thought that was rediculous. So if you don't want to deal with the embarrassment of your guests being sick from your wedding food, and if you don't want to spend your honeymoon on the toilet, I suggest you go somewhere else. It's probably worth the extra money you'll spend. I couldn't believe the reaction of the staff when I told them what happened, I was really nice, I wasn't complaining or asking for my money back or anything, and I get a "reschedule your honeymoon, i don't know what to tell you" in return. They are rude and don't care about your big day, they care about the money and that's it. Had they appologized for my guests being sick or at least acted sypathetic I would've made a good review but they were rude despite the fact that I was nice.