Services/Products
Aire Serv knows the importance of having things just right. It’s why we are committed to making sure your heaters and air conditioners are operating at peak efficiency. Good systems improve your air, your health, and your quality of life. Whether you are looking to maintain, repair, install, or replace your heating or air conditioning unit, you can trust Aire Serv to get the job done right. Our technicians can service all heating and cooling brands. When you choose Aire Serv® of Spokane, you can trust that you are choosing quality heating, ventilating, and air conditioning (HVAC) repairs that put the customer first. Our team can provide a wide range of heating and air conditioning services —and our services are guaranteed to be excellent.
Brands
Amana, American Standard, Aprilair, Armstrongair, Bryant, Carrier, Coleman, Daikin, Ducane, Frigidair, Fujitsu, Goodman, Heil, Honeywell, Lennox, Maytag, Mitsubishi, Payne, Rheem, Ruud, Trane, York
Payment method
discover, visa, mastercard, all major credit cards, amex, check, debit, financing available
Neighborhood
Whitman
Other Link 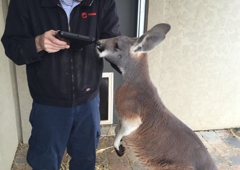 I have never left a negative review of any company prior to my experience today with Air Serv. They have come to our home now on three different occasions and the first two times they replaced the control board. The second time they came out which was one month ago it took 8 hours for the to determine it was the same issues they had fixed a couple months earlier. Today it was having similar issues and the tech Robert told us it was not the control board but the blower that needed replaced and that would cost $1200 but he would recommend a whole new unit. Robert was the tech who came out in February and was still training and had to have the manager (Darryl) come out twice because he admittedly said he did not know what was wrong as he was still new. We contacted another heating service today and they stated it was definitely not the blower and in fact it was the control board again. They replaced the part and got it working within 2 hours. When I contacted Air Serv to tell them of the situation Darryl was very rude and said they could not do anything as we didn't use them to fix it. I would not recommend this company, Spokane Plumbing and heating was more competent and honest- we will not be going back.