Beacon is Your Best Choice

Biography
Dr. Mahon is a graduate of the University of Notre Dame and the Columbia University College of Physicians & Surgeons. He completed his orthopaedic surgery residency at Columbia-Presbyterian Medical Center, and a hand surgery fellowship at the Thomas Jefferson University Hospital. While at Columbia he found that orthopaedic hand surgery was a great fit for his personality and skill set. He loved the variety of cases and the excitement of diagnosing and treating a patient’s problem. This process of analysis is like detective work to him. Patient care is where Dr. Mahon excels. “My goal with patients is simple: identify their problem and develop the best plan of action”. Always the educator, Dr. Mahon believes a well-informed patient results in the optimal outcome. “I hope to properly educate them on their condition and explain what needs to be done and why. I want patients to be comfortable with me and have confidence in their treatment plan.” Collaborating with the team at Beacon he’s able to tackle the most complex problems. In his free time you can find him reading through Pulitzer Prize-winning novels with his wife, completing crossword puzzles with his father, training for triathlons with his friends and family, or teaching indoor cycling at Beacon Health & Fitness.
Gender
male 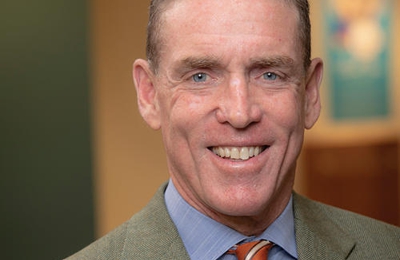 Dr Mahon was wonderful- his office staff not so much- they are rude and do NOT return phone calls. I had my surgery 7 months ago, I was required to pay my $500 deductible in advance to his office. His office was slow to bill my insurance so other medical bills related to the surgery hit my insurance first and they were applied to my deductible. After 5 months of waiting for reimbursement and my phone call NOT returned; I wrote a personal letter to Dr. Mahon, asking for his help in resolving the matter. I received a partial reimbursement of roughly $200 and a letter saying that they were checking with their billing office. I waited 2 more months, called- left message for Office Manager- no call back. Waited 2 weeks just called again and they are checking with their billing company- still have not talked to the Office Manager. I have never received a bill or statement from his office. I have NEVER had an experience like this before- unbelievable!