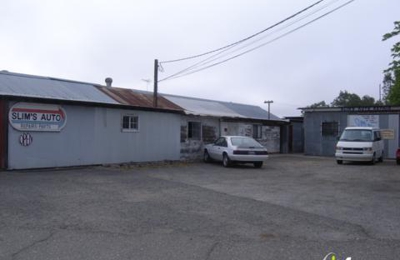 Some years ago I bought an architecturally designed house nine miles west of Healdsburg, CA, deep in the redwood forest, surrounded by vineyards. The house was embedded in an earthen hillside on two sides and thus had to have heavy-duty and substantial waterproofing on the two sides embedded in the earth and over the roof, which was covered in earth as well. The house was cool in the intense summer heat and warm during the rainy and cold winters. But, not long after we bought it, one of the walls that stood against the earth began to leak. To cut to the chase, this company, now North Coast Waterproofing, but then called Waterproofing Specialties, advised us that they could successfully do this job, but that the two embedded walls would have to be completely excavated and exposed, so that the workers could get access for the job to be done. We hired the excavation crew, the house was exposed on the two sides embedded against an earthen hillside or large berm, and the work was done. Rolls of waterproofing material were ordered from a company in the Midwest and these were affixed, after thick vinyl sheeting was adhered underneath them, to the outer surface of the block walls with a heavy-duty waterproofing material and then the rolls were applied over the vinyl sheeting. The composition of the rolls was bentonite clay that thickly coated the surface of the rolls that were adhered to the outer walls. The walls of the house were constructed of cinderblock with rebar reinforcing of the cinder block construction. I was skeptical, because I had never seen such a job done, but the then owner showed me a far larger job on a winery on Chalk Hill Road that the company was then doing to convince me that they could do it--in fact, that this was their speciality and that they did these kinds of complex waterproofing jobs for wineries all the time. To make a long story short, this company, now called North Coast Waterproofing, Inc., saved our house, saved us from serious potential losses of the its resale value, and saved our lives. I cannot commend them highly enough. One of the present owners, Dan Kulach, now knows me--we have talked over the phone--and he can recall and confirm this information. I would prefer not to be contacted directly, being busy with my own work, but I would gladly confirm all I have said above after any serious potential client speaks to either Dan Kulach. These guys are professional, smart, experienced, dedicated to satisfying their clients and themselves and couldn't, in my view, be better.

Landscaping and Fencing END_OF_DOCUMENT_TOKEN_TO_BE_REPLACED
Provided by