Providing Service with Our Hearts and Hands, At the Heart of Caring

General Info
Siemon's Lakeview Manor Nursing and Rehabilitation Center is a place to get better, a place for living. We are a 120-bed Skilled Nursing and Rehabilitation facility, and a proud member of the Consulate Health Care family. Opened in 1976, we have 8 private rooms, 48 semi-private rooms, and provide accommodations for couples if both qualify for admission. Siemon's Lakeview Manor also offers features such as an outdoor sitting area, woodland views with occasional wildlife wandering by and munching on grass, patio, and a beauty/barber shop. Residents, often time's family too, can enjoy planned activities such as, various arts and crafts, gardening, group movies, discussion groups, and visiting performers. We are Ambassadors of Care. Contact us today!
Hours
Regular Hours
Extra Phones 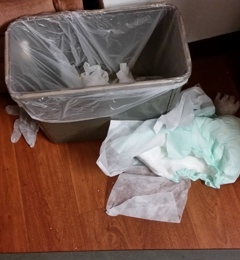 My Aunt was sent there to be reabilitated so she could get stronger after being in the hospital for so long. They stopped her physical therapy after 1 month without notification and got worse now than when she arrived. Her room was filthy not swept, they left diapers on the floor, and pee in her dresser in a bed pan. Wish I could post pictures for you to see. Decided to take her home because there was no progress they lost her stuff and no one was ever on the same page, and they are rediculously expensive. They fought us tooth and nail about taking her against their doctors orders. Well it's not their doctor that needs to decide it's hers and he was fine with it. Because their doctor didn't want to release her they wouldn't give us any going home support, wouldn't give medication needed or anything. They also started questioning The POA which was good enough for them while she was there but once we wanted to take her they started questioning her compenancy. Never use this home.