General Info
Yager Lawn Maintenance LLC, based in Somerset, New Jersey, is a professional provider of exceptional quality lawn maintenance and landscaping services.We are fully insured and our uniformed employees carry a solid air of professionalism. Call us today for more information.
BBB Rating
A+
BBB Rating and Accreditation information may be delayed up to a week.
Hours
Regular Hours
Extra Phones 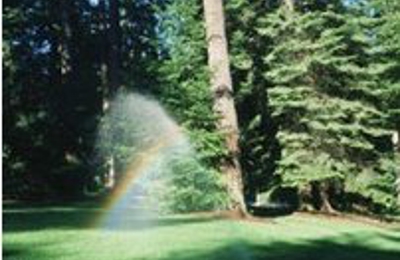 I don't know what this person, mahahooey, is talking about, but Mr. Yager and his company (Yager Lawn Maintenance) are incredible! They are not only honest and hard working, but entirely comitted to the happiness of their customers. Mr. Yager has taken time out of his busy schedule (and I'll tell you that indivdual is always on the move working!) to listen to my needs as though I was his only customer. And he hasn't done that only once! His work is great (so great in fact my neighbors saw his work, wanted his number, and still use him too). I have used him for YEARS WITHOUT ANY PROBLEMS whether it was to simply cut my grass, perform landscaping, or to do tree work (all this before I moved out of state, of course). Mr. Yager and his company are outstanding in their field. I was never billed for any work that was performed (neither were my many neighbors). I believe that that would be illegal, no? Also, any work that was to be done at my home needed to be accompanied by a signed contract with all terms stated very clearly. If I didn't return the provided contract to Yager Lawn Maintenance with my agreeing signature on it, no work was done. End of story.Sure, anyone could find a company who is willing to do work that is cheaper than another company just to get their business. But, as my grandfather said, you get what you pay for! I believe that mahahooey, in my opinion, is a very vindictive individual with more time on his or her hands than should be allowed. Everything stated in their review is the contrary to Mr. Yager and his company. They work too hard and are too kind to deserve such a slanderous statement. I wish that there were more than five stars to give to this company! They earn it!

Started out o.k., with decent service, then was billed for a full month’s lawn mowing service in December 2009 when in fact no services were ever provided. Not until we called their office to question the bill did they agree an error had been made. Most recently asked for a new mowing schedule that would provide services only twice a month, which they agreed to, but they cut the lawn anyway and charged us for three weeks in a row! Never again. Deceitful, disorganized and now expensive (found a way cheaper service online locally.) One star rating is being generous.