"TAKE AACTION ON YOUR PLUMBING AND DRAINS!"

We provide fast, friendly affordable services for all your faucet, disposal, toilet and drain needsÃƒâ€šÃ‚ plusÃƒâ€šÃ‚ muchÃƒâ€šÃ‚ more.Ãƒâ€šÃ‚ AtÃƒâ€šÃ‚ Aaction Rooter we use up-front menu pricing so that you the customer, can see the price and approve it before any work is performed. No surprises, overtime or holiday charges EVER! WeÃƒâ€šÃ‚ offerÃƒâ€šÃ‚  24hr service and clean up afterÃƒâ€šÃ‚ all work is performed. You've tried the rest,Ãƒâ€šÃ‚ now try the best! "Take Aaction on your plumbing and drain needs today." 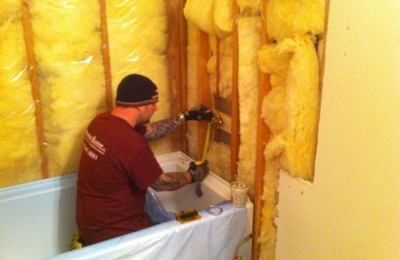 Aaction rooter was willing to come at the only time i had available last minute, without any hesitation. Got the job done to perfection in half the time any other plumber quoted! If you need great quality work at great prices, call them!

Ryan did a great job for my grandma and grandpa...made time after hours and was very reasonable! More work to come but we know it will be done right!! Thank you Ryan!

We used Aaction Rooter to finish our basement bathroom...including the rough in plumbing for the drains. Ryan and his associate did an amazing job and our bathroom looks amazing! Ryan has also been great to answer some of our questions when our hot water was acting up. We highly recommend their services!

I have used Aaction Rooter for two separate plumbing problems and have been extremely pleased with the work. Both times the area he worked in was cleaner after he finished than before, going WAY over and above!! he also was there very quickly and was very knowledgeable of not only what he was doing, but also could predict what my husband and dad had already done to try to fix it! :) VERY IMPRESSED!!

Ryan came out to my house not just by himself but with another worker to fix a problem I had. They went out of there way to ease my mind about a problem at an inconvenient hour of the day and fixed what they could. They returned the next day on an agreed upon time and finished the job in a timely manner. Very polite and easy going guys. I would recommend Aaction Plumbing to anybody in need of a fix for there plumbing problems. Thanks guys!

Ryan will be the first person we call when we have a plumbing issue. I am confident he fixed the problem and he double checked everything to make sure it was all functioning properly. He was very respectful to us and to our home. Our bathroom is cleaner now than it was before. He even gave us advice on how to avoid the issue in the future. Great guy, great business.

When my son flushed a toy on a Saturday, I called Aaction Rooter and he sent a guy out. What we thought would be a quick fix turned into an unclogging PROJECT!! He stayed til the job was completed and done right on a Saturday and the price was right!! A few days later Ryan called to double check that everything was working great!! Great customer service and we will call again.

Aaction Rooter is the place to have help you with all your plumbing and drain needs. I was able to get in touch with them, late at night, ask them to come take a look at what was happening with some drain issues and they were very prompt. When they arrived, they provided a very reasonable estimate, performed the service and were very friendly. I'd recommend this company to my best friend and her friends!

Ryan is very friendly and customer service oriented. Was polite and a pleasure to work with. Gave an estimate, we hired him and he did the work in a timely and professional manner. Thanks!!

We had a positive experience with Aaction Rooter.. The service man was friendly and efficient.. He identified the problem quickly and resolved it in a timely manner. After identifying the problem he told us the price up front.. There were no hidden cost! We will use Aaction Rooter again. We would recommend them to anyone! Thanks for your help.

It's not often that a plumber inspires me to write a review, so you know they were good! We've moved to our home home and while the house is great, the water pressure was abysmal. I mean, washing dishes took an hour and I don't even want to talk about the shower. We got a few quotes on getting the hundred-year old copper pipes replaced (which should -- and did -- improve the water pressure) and Ryan came over, did a great job describing our options, and gave us a quote right in line with the others. We went with them because they seemed so professional and responsive, and they compleated the job the same day. They were meticulous and so tidy in all their work (which was very major, mind you, and even involved digging up a piece of our front yard), but they put everything back just like it was and it's like they weren't even here... except now taking a shower feels awesome again, and not like I'm camping. And unlike some of the other reviewers, we never felt they were trying to "upsell" us on what type of fix versus another. These guys are definitely my go to plumbers from now on!

I have rental properties, and my previous plumber never got out right away. When I called Aaction Rooter, Ryan was out the same day, unclogged 2 toilets, and installed a shower fixture. It was very good.

He did the work, and he called me when he finished with the jobs to let me know what he had found. He also told me what was going on with the installation. When there were technical difficulties he let me know and told me what he was going to do. Currently Ryan is working on some sewer line replacements for me at the same place he installed the shower head.

When I call him for a plumbing job he gets right on it, and I don't have to wait four or five days for something like a clogged toilet. He does it immediately. I use him for rental properties, and he does a fantastic job. The pricing is fair, he is nice and friendly, and has great communication with his customers.

Around The Clock Drainmaster