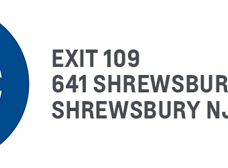 They sold me the LEMON of all LEMONS!

I bought a 12-year-old VW Passat on 1/16/13 after a short test drive where the car ran fairly well for a used (as-is) car with 166,716 miles on the odometer. No warning lights appeared on the dash and the temperature gauge read normal. Five miles after I left the dealership the check engine light came on with the computer advisory "emissions workshop" this occurred within a half hour after leaving the dealership but had not shown up in the test drive (I wonder why?). On 1/18/13 I was driving towards Wegman's when the computer said STOP in big red letters. I pulled over immediately and stopped the car. I had lost power steering and the car was beginning to overheat. I was only a half mile from home so I drove back carefully with the radiator cap loose so as not to damage the engine. At this point I had put a total of about 40 miles on the car. I was not very happy, as I had driven the car only 40 miles since I bought it and had to pay a local garage $396 to repair the water pump and replace the serpentine belt.

Five days later I got a call from the dealership to come in for my plates. On 1/24/13 I set out for the dealership. Two miles from my house (Asbury Park) the car died at a stoplight. It finally started 15 minutes later and went into limp home mode. I got to a service station at 2 MPH and turned off the key, then restarted the car 5 minutes and it started up normally. I was not pleased, as I had driven the car only 70 miles since I bought and had already paid almost $400 for repairs, and now I had a serious concern about the car’s reliability.

On 1/24/13 I got to Circle Chevrolet and met with Vince Lorenzo, Sales Manager, who denied any responsibility because I had bought the car "AS-IS". Now that was true and that was his right to take that attitude, but it certainly evidences a great deal of disdain for the customer and, in my opinion, a serious lack of ethics. I had only driven the car 79 miles since I purchased it. I left the dealership after the plates were put on and went across the road to the VA Clinic. I had no trouble getting there, but when I got back in the car to leave it would not start. It was the same problem as when I stalled at the stoplight. Finally, 15 minutes later, it started up and I did get home.

It turns out that Circle Chevrolet buys used cars wholesale from other dealers and resells them without even checking them to see if they are drivable!!! (According to Mr. Lorenzo). This part of the “as is” process was not told to me before my purchase.

IN MY OPINION, if you value your time and money and wish to deal with ethical people DO NOT USE THIS DEALERSHIP. They care substantially more for the money than for the customer!!! This is not a matter of law but of doing the right thing. Circle categorically refused to do anything other than deny responsibility. CAVEAT EMPTOR!