Stop by our Seattle Showroom Today!

General Info
Albert Lee Appliance-Seattle a family-owned business continues to grow and serve the Puget Sound with quality you can count on and service you can trust. We are proud to have served this community for so long and wouldn't be here without our loyal customers.
Hours
Regular Hours
Services/Products
Brands
Faber,Fagor,whirlpool,aga,Amana,asko
Payment method
discover, cash, check, financing available, amex, master card, visa
Neighborhoods
Queen Anne, West Queen Anne
Other Link 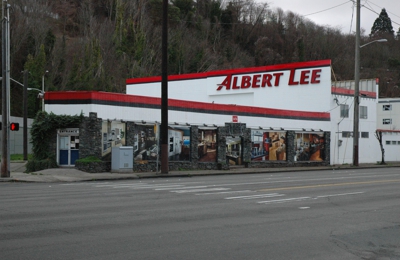 Sales Help from Shane Tew. Knowledgeable & helpful, and it was delivered/installed on time!

Great experience from start to finish! Dan was efficient and knowledgeable on the product I purchased. Delivery was exactly as predicted, and I was generally pleased with the overall experience.

Dan was very helpful and cut to the chase. He also helped us after install when we needed to redo our laundry room to accommodate our new washer and dryer.

We had a good sales associate, knowledgeable, and helpful. I just dont remember his name... sorry. We bought a dishwasher in May. The two guys who installed it were good too -- fast, quiet, and neat.

In the last two years we have bought three major appliances for our kitchen from Albert Lee. Kirk Fisher provided the best retail experience we have had in years. My wife is chemically sensitive and Kirk uncrated the subzero in your warehouse, rinsed the unit with vinegar and used baking soda to lessen the odor. He followed up when the installers arrived to make sure that the unit was acceptable. Your installers did a wonderful installing the new item and removing the old one. Kirk arranged for us to install the old face plate that matches our wood cabinetry which had to be sized. He recommended the right man to do the job and then installed the resized panel himself. What else could we ask? Nothing. We give him full credit for a near perfect experience. The installers always do an excellent job.

Dan was great. He was so knowledgeable on all the appliances. He helped me make a decision on the gas range. Just what he informed us about in the store made me change my mind. We bought a washer/dryer and after out remodel we plan to purchase a gas range/frig/hood/microwave and we will go back to see Dan.

Thanks for the great customer service without the pressure to buy.

When visiting the Albert Lee store in Seattle, I was assisted by Mike Hoag. I must say a big thank you to him for his help. Everything was handled fast and professionally.

They were incredibly friendly and helpful. Dan sold us exactly what we wanted with features that we really like at a much better price than the competition. We had a very bad experience with Home Depot and this was a refreshing change. The delivery teams went out of their way to be polite, courteous and professional. This was a big contrast to the extremely hostile and uncaring delivery people from GE (Home Depot) who refused to deliver our appliances even after we had made special accommodations for them. They were not at all concerned that they had lost a $2000 sale. You now have new customers for life. We would much rather support a local business that actually cares.

Ordered a Bosch dishwasher through Kirk. Most correspondence was through email, which was convenient for me and helpful that Kirk was prompt in responding. We had an issue with getting our model delivered, with a mix up causing it to be ~2 weeks late. This was disappointing, but Kirk did a great job finding a suitable replacement and getting it out to us on the original delivery date.

Eric is very professional and an incredible salesman, he\'s always available for questions, and a joy to work with. This guy needs a RAISE!

I was given expert help by Elizabeth at the Albert Lee Seattle location. Everything went very well and I am more that satisfied with the purchases I made.

RE: Eric Knutsen. Eric's knowledge of all products is impressive. His customer service skills are absolutely SUPERIOR. Eric Knutsen is the guy we refer everyone to see at Albert Lee.

I bought a dishwasher and it broke after a month of use. After waiting three weeks for a part; then learning it would be another ten days or so for manufacturer 's repair contractor get the other part to fix the nearly new dishwasher, I called Martin, All Lee's Customer Service Rep, and we agreed I would return this dishwasher and get another brand. Martin was always responsive to both the phone calls and emails pertaining my dilemma.

Something important I learned during this odyssey is that the different brand names use repair contractors of their own choice for warranty work. Al Lee only retails appliances. They don't manufacture or repair them so their influence over the entire life cycle of my dishwasher is understandably going to be limited.

That being said, the basis of my claim was the fact Al Lee sold the product, it broke down in short order and trying to get it repaired was a nightmare.

Martin stepped up and resolved a situation that wasn't being reasonably addressed by the manufacturer or their repair contractor. I would shop Al Lee in the future and buy from them if their prices are competitive.

This is my experience, yours may be different.

On 3-15-12, the items delivered were a dishwasher installed, by Albert Lee Appliance, an installation for which I paid.  A White Samsung stove, and a refrigerator that had a scratch on the door, and a broken drawer.  The wrong color stove and the broken refrigerator were refused. I was told it would be weeks before I would receive the correct stove and a refrigerator that was whole.  This was unacceptable to me, so I called and expressed my displeasure with the circumstance, and to their credit we worked out an acceptable solution. I had all three appliances that same day; however, in the installation process my newly finished floor was scratched, and the refrigerator wheels were not locked causing it to lurch forward every time it was opened.

One week later, on a Saturday, my new dishwasher leaked onto my new kitchen floor.   I was told by customer service that nothing could be done until Monday and that someone would call me on Monday to make an appointment for the dishwasher repair. Fortunately for me, in an unrelated issue, a repair person called me on Monday and I asked them to look at the dishwasher too, they agreed.   What they found was that the installation by Albert Lee was done incorrectly.

ALBERT LEE didn’t actually call me until WEDNESDAY (instead of Monday) to schedule the dishwasher repair even though I called on Saturday. This is poor customer service for an 8 day old dishwasher in my opinion. When I advised customer service that I was able to get someone to look at it sooner, I was told, “You are lucky! They are doing you a big favor!” I found this quite an inappropriate response from customer service.

As I see it, they were doing Albert Lee Appliance the “big favor”. I think to use the term “big favor” and “lucky” in the context of my having to get my 8-day-old, leaky dishwasher repaired - inappropriate.

I have purchased an extended warranty from Albert Lee; it is my hope that if I need to avail myself of the warranty I will experience better customer service.

I feel we were misled by the salesman. We came in to purchase a Viking range, which he talked us out of, and ended up with an off-brand range that went out of business a year later. We spent over $500 in repairs (Albert Lee acted was useless in getting service or warranty help). I firmly believe there must have been some kickback from the manufacturer for the salesperson. Really bad service once you've made the purchase and run into a problem...

I must agree with the other reviewers who caution about never buying products from Albert Lee. When we remodeled out kitchen we bought all of our applicances through them and it was a nightmare. Deliveries that did not come, products that did not work. They would only deal with problems under duress, and all in all horrible information what was the best product for our use. And I have spent over $10,000.

For example, the ice maker was supposed to make about six pounds of ice per day and if it makes 2 lbs. we are lucky. The microwave has a light bulb that cannot be replaced by the owner and must be replaced by a service person. It would have been nice if an informed sales person knew these things. There are multiple other examples.

It is also important to know that if you do not like a product because of noise or some other aspect that is different than you expected, they will fight you if you try to change brands or return because of warranty issues. Both of the original drawer refrigerators were broken when delivered and had to be replaced. The impression Albert Lee gave was that they were doing me a huge service by taking away the disfunctional appliances and delivering ones that worked.So get it in writing what your rights are for return under various circumstances.

The extended warranties they sell are terrible because of multiple exclusions. For example, all plastic parts are excluded on the extended warranty for the diswasher and those are what are now breaking. The low capacity ice maker is considered functional, and the bulb replacement on the microwave is considered maintenance. Total waste of money. In addition the warranty people claimed that our paperwork had never been filed and that we were not on their list. Took multiple phone calls to Albert Lee to get this straightened out.

I know at least 3 other people who feel the same way about this store and we all wish we'd talked with each other before buying appliances here.

These guys are old school dealers for greater Seattle and do the volume to give customers good deals. You'll likely get a good price but service is absolutely terrible. We were lied to no less than 12 times!! Delivery dates were botched, multiple pieces lost, no one wants to be accountable! They charged us for the appliances many weeks before we had them, the list goes on. The slick talking and glad-handing of the ""sales"" folks there is ridiculous and patronizing. Be ready to grab your ankles, you have been warned!!