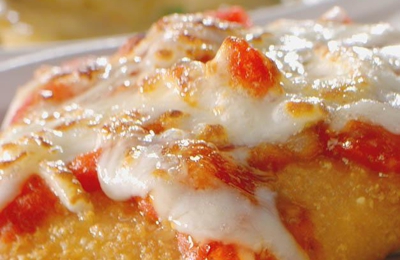 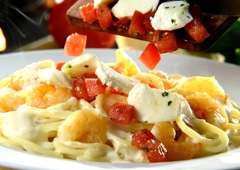 General Info
Since its founding in Orlando in 1982, Olive Garden has been dedicated to providing a warm, welcoming dining experience and Italian hospitality to everyone who walks in the door. Today, our 800+ restaurants have evolved with our customers’ favorites in mind. Inspired by Italian generosity and love of amazing food, our menu is always expanding to ensure that there is something new to try and something everyone will enjoy. That means you can indulge in classic Italian favorites like Chicken Parmigiana and Fettuccine Alfredo served with the salad and breadsticks you love. And take your pick from our scrumptious appetizers, entrees, desserts, wines and specialty drinks. Plus, explore special menus with children's, gluten-sensitive and lighter fare options. Or order it all ToGo and have your favorite food ready for pickup. At Olive Garden, we believe that life is better together and everyone is happiest with family, however you define it. Which is why we encourage togetherness in everything we do.OWNER INFORMATIONBill Darden was just 19-years-old when he opened his first restaurant in 1938. It was a 25-seat luncheonette in Waycross, Ga., called The Green Frog and promised “Service with a Hop”. He went on to open the first Olive Garden in Orlando, Florida in 1982. Olive Garden continues to be the number one full-service Italian restaurant company in the country with more than 800 restaurants bringing Italian hospitality to hungry people around the world.
Hours
Regular Hours
Services/Products
Payment method
discover, master card, visa, amex
Price Range
$$
Other Link

Dinner tonight is going to be HUGE.

The wait time is indeed less than they tell customers, because they don't want customers to get angry if their wait time ends up being longer. Either way, that is good tact. Their food is good, I haven't ever had a bad food experience, but I have had a couple not so great service experiences with the waitresses there that have made me think twice about going back. The manager was apologetic in both cases, which was a redeeming quality, but my boyfriend and I would rather not have our date night somewhere we don't know what kind of service we will be receiving. Here is a brief description of what happened in each instance:

1.) waitress was hitting on my boyfriend while I'm sitting right there, and even asked him if I was his sister, and gave him her phone number, all while I was sitting right there. She completely ignored me the whole time, and got both my food and drink order wrong. He was paying that night and left her a 2 cent tip. I have only ever left a 2 cent tip twice, and that was the first time he ever felt he needed to do so. We told the manager, and the manager was very apologetic.

We did go back after this, knowing that obviously this was just the waitress, and if we had her again, we would just ask to have a different server.

2.) waitress was talking to some friends sitting at a table next to us all night, only refilled our drinks twice, and spilled my food on the table when boxing it up, and tried picking it up with her hands! When I asked her for a new dish, she said that it never touched the table. It wasn't even just a little bit, it was about 1/4th of the meal I had left too! She then said she couldn't get me a new meal, that they don't do that unless I was willing to pay for a second one. I also had only eaten a few bites out of it because I filled up on the salad, bread sticks, and appetizer. When I asked for the manager, the manager was very apologetic, got me a new plate boxed, didn't charge any extra, and didn't charge for our drinks that night.

We have gone back once or twice since then, but having two bad experiences in one restaurant has really turned us off, no matter how good their bread sticks are. I gave this place 3 stars because their food is good, and their managers do care about the customer's experience, but only three because their waitstaff has left a bad taste in our mouth.

I can't imagine why people wait in line to eat this fast food when there are so many great Italian restauants in the area.

The wait time is usually less than what we are told. It is a very family oriented restaurant so we always bring the kids with us. The food is definitely awesome & the prices are great.

The wait time is always less than what they tell us. It is a very family oriented restaurant so we always bring the kids. Every time we have been here (which is a lot) we have always had friendly service & delicious food.

Olive Garden has the best salad and breadsticks I have ever tasted, and I love the Fetuccini Alfredo.