IT'S GOOD TO BE A GUY

General Info
The Sport Clips experience includes sports on TV, legendary steamed towel treatment, and a great haircut from our guy-smart hair stylists who specialize in men's and boys' hair care. You'll walk out feeling like an MVP. At Sport Clips, we've turned something you have to do, into something you want to do. And now with our online check in system, you can choose your stylist, check approximate wait times, and wait for your haircut from work, home or even the ballpark!
Hours
Regular Hours
Extra Phones 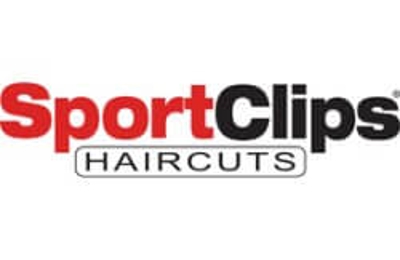 Schererville Sports Clips location has the worst customer service EVER! I have been taking my son there for the last two years. The stylist were always decent, but the store manager is something else(Patricia?). I have had 3 different occasions where she was rude and unprofessional.

1. I took my son in to get his haircut, she was the stylist that was supposed to cut his hair (store manager), she took us to her chair he didn't want to get it cut at first but then I sat down with him and he was fine. After I sat with him, she went to the front to greet customers and ended up bringing back a customer that had just walked in and told us she needed her chair back and we needed to move, even though she had already put the cape on him and he was ready to get his haircut; thus putting us back on the waiting list making us wait without asking us if that was okay with us.

2. Two out of the last three of my son's haircuts have been cut horribly. After the 2nd time I called to ask if there was anyway they could fix it. I spoke with the store manager and she rudely said "WE MESSED IT UP?!, as though I was making it up. She then proceeded to be rude on the phone when she told me I could bring my son in at 8am so she could check the haircut to see if there was anything wrong with it. When I told her 8am didn't work for us because my son has camp she said "He has camp at 8am?, again being very rude questing me as though I am lying to her.

3. Since I had so much trouble with her on the phone, I had a stylist from a different salon check my son's hair before I took him to Sports Clips so I would be prepared on showing the store manager what exactly is wrong with it. The stylist from the other salon agreed it was a bad haircut and explained to me what needed to be fixed and what to show the store manager at Sports Clips when she checks it.

I took my son in to get his hair checked at Sports Clips, by the store manager, and as soon as we got there she was rude once again. My son sat in the seat and she stood back and said " So, what don't you like?" I explained to her what I didn't like, then she had me show her and point out where it was messed up. After I did that I asked her to check it (which she didn't) and she said that there was "nothing wrong with the hair cut and that they don't guarantee kid's haircuts, but she'll give him a free one today" She then went on about how she's been here before when my son has gotten his haircut, making it seem like he was the reason it was messed up in the first place. I told her just to forget the haircut and to give me a corporate number I could call. She refused to, saying there is no one I can talk to but her since their a franchise. After asking if there was an owner or someone else I'd be able to talk to she began to raise her voice, in front of customers, saying she is the only one that handles complaints and there is no one I can talk to and that my son's hair is not messed up and that it's grown out because it was 2 weeks ( which it had not been). As I was leaving with my son she shoved a paper in my face (I am assuming it was a print out of the date of his bad hair cut).

So not only was she rude to me, a customer who was in there at least every month and a half, on multiple occasions, she was yelling while there were other customers present and in front of my son. I have called Sports Clips customer service who have sent out 2 emails to the owners and I have not gotten a call back in 3 weeks. Apparently that's why the store manager thinks she can treat customers however she wants because the owners don't seem to care enough to reprimand her for her horrible managing and customer service skills.Needless to say my family and everyone I know will never be back to Sports Clips ever again!

Amber is the greatest hairstlist

Great Place with a friendly staff! Gave me a free MVP on my first visit. The hot towel is a great end to a long day.