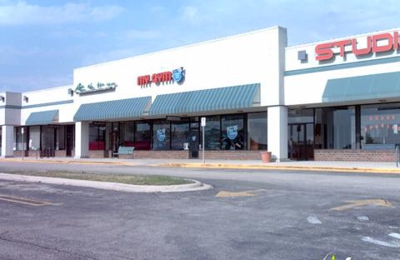 Horrible customer service and don't stand behind their products. Once you buy, you're out of luck - even with a receipt. We bought one of the radio controlled helicopters - not cheap. After thoroughly reading the instructions, we flew it. It went up in the air two times and then stopped for no reason. Changed the batteries and still nothing. We took it back to the store. They said that we needed to turn the radio on first (which we did) and then hook up the battery. So, we took it back home. Next time we flew, the same thing happened. It flies for a couple of times and then dies unexpectedly. So, we took it back to the store. We tried to explain why it didn't work and the two not-so-bright employees at the front (with whom we spoke with before) didn't bother to listen to the entire story as to why the helicopter didn't work. Instead they kept saying how we must not have started it correctly or we didn't have some bar on the top correct... one excuse after another. It started up in the store, which we told them over and over again that we could get it started, but it wouldn't stay flying. They kept ignoring that fact. So I said you fly it and see that it doesn't work and the man who's been telling us how to fly it says he doesn't know how to fly the helicopter. They would not take the helicopter back or let us exchange it for another or even store credit. I find this absolutely absurd that a customer spends several hundred dollars and they have no recourse when they are unsatisfied with a product that they've had for just two weeks and it has only worked for a total of three minutes.

I'll never shop here again and I will tell anyone and everyone I know not to purchase anything here. I bought two more models that are unopened that I plan to return because I don't want the store to have any more of my money than what I already lost.