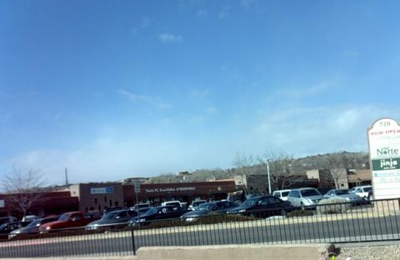 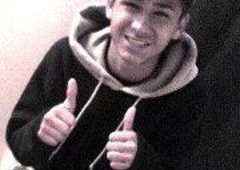 I am so sorry for your experience Ebvib 2. I also was a patient of Dr. Sanburn, and was unhappy to learn she had left the clinic. However, so far I am pleased with the experiences from Dr, Tsewang. She seems caring, interested, and competent. I can't comment regarding chronic pain though, since that was not my issue. I've been to the walk-in side of the De Vargas clinic one time, and was not impressed. The doctor there barely took 5 minutes with me. I knew I needed antibiotics, and wish the US would let us purchase some antibiotics without an Rx. It was over $100 for a few minutes of an uninterested PA, and, no, it wasn't busy.

Was a patient for almost two years with Christiane Sanburn, and never had a problem with her or anybody else there. When I went for my appointment in May 2014 I was informed by Ben the nurse that she was leaving at the end of the month. When she came in I tearfully asked her what I was supposed to do about a doctor because of how difficult it is to find a doctor in Santa Fe that accepts patients such as myself with chronic pain. She stated that one of the other two doctors there would be able to take care of me. I should have known something was up by the strange way she was acting when she handed me my last prescriptions. I made an appointment for July with Lujan. The day I showed up for my appointment Lujan refused to see me, and I was told by one of the receptionists that neither her or the other doctor there handled patients with chronic pain. Lujan did give me a month supply of my scripts, and I was handed a sheet naming a few doctors within the CSV network. To make a long story short, I was insulted and mistreated by staff, First was by Lujan's nurse, then the receptionist and CNP on Rodeo Road, and finally by the Andrea that schedules appointments. This Andrea is a psycho and over the top abusive. She was yelling and repeating over and over to go tell her to her face when I stated for her not to talk to me in the tone she was. She then was pretending to be Ruth the office manager when I asked to speak to her. I told her I was recording her and going to let Ruth hear it all. I then called Ruth's phone direct and left a message for which she never returned my call. There is more, but I'll end with this; they are a bunch of liars, abusive and couldn't care less about their patients. Never in all my life did I imagine being treated by staff in the medical profession the way I've been treated. Sandburn abandoned her chronic pain patients and therefore failed to live up to her oath not to endanger the health of patients. That office manager Ruth ran me around for almost three months with nothing but tales of a new doctor, and then I am informed by the psycho that NONE of the doctors for CSV were treating patients like myself. So why all the lies? Because that's what dishonest and crooked doctors and staff do. Karma will come calling because nobody is getting away from the harm and evil they do to others.

Very professional from the front desk to the technicians and the very great care from the physicians. The clinic is spotless which seems to be a rare commodity in Santa Fe.