General Info
As the coronavirus (COVID-19) continues to disrupt daily life, Roto-Rooter wants to assure homeowners and business customers that we are taking steps to help our employees and customers stay safe and healthy. All Roto-Rooter plumbers and water cleanup team members who visit your home or business will adhere to our high standards of cleanliness, safety, and hygiene before, during, and after every service visit. In order to ensure maximum effectiveness, weve instructed our service technicians to uphold and enhance our already strict cleaning and disinfecting measures to ensure the safest possible work environment. Additionally, were following CDC (Centers for Disease Control) guidelines designed to stop the spread of the virus, including: •Wearing personal protective equipment •Eliminating physical contact, including handshakes. Well use only non-contact methods of greeting •Maintaining effective social distancing when possible •Washing hands thoroughly with soap and water for at least 20 seconds at every opportunity •Using hand sanitizer •Using disinfectant products to ensure touchpoints are clean in workspaces, vehicles, and on equipment •Sanitizing shared-use devices such as tablets and clipboards; customers should consider using their own pens to sign paperwork When Santa Cruz needs a plumber, they call Roto-Rooter. We are available 24 hours a day, 7 days a week. Residential & Commercial Services. Trusted & Recommended since 1935, Roto-Rooter offers unmatched plumbing services backed by an 80+ year reputation for quality.
Hours
Regular Hours
Extra Phones 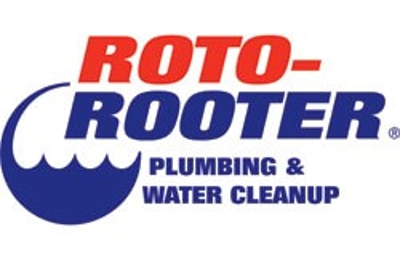 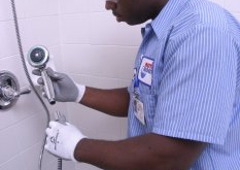 Aaron came out and replaced our shower valve . He was on time very nice and professional and I highly recommend him and his company! Thank you so much!

Steven S. (1208) was our tech, he was great! Very knowledgable and friendly. We watched the camera through our system...very cool!!

We had a problem with our plumbing in our apartment unit, and we called Roto-
Rooter and they were prompt in responding. Our technician Aaron was prompt in arriving, giving the estimate and getting the problem completely fixed easily. He was also extremely cordial. We wanted to give a huge thank you to Aaron!

We called Roto Rooter and they were here within the hour. Our technician Aaron was very friendly, listened to our problem and diagnosed it quickly. After giving us his estimate, he went right to work clearing our kitchen and laundry room drain. Within no time, on a clog that we spent two days working on, our drains worked faster than they ever have. He gave us good suggestions for drain care and follow up maintenance tips. It was one of the best plumbing experiences we have ever had! We highly recommend Roto Rooter for maintenance or an emergency such as ours. Thank you Aaron and the Roto Rooter team! Regards, John and Shekinah Love

Had a grease clog, technician shows up and says it will be 468 to clear it. Sees my shoulders drop at the price, instead, gives me 2 bottles of grease clog remover for 20.00. clog is gone, love roto rooter!!!!! Arron is the man!!

I am the property caretaker for an apartment complex. I had three units the plumbing was plugged in. John Locatelli with Roto-Rooter showed up in pretty good time. He new what he was doing and found the problem within a short period of time and cleaned out the main line that was clogging all three units. It was a lifesaver for me as my tenants were counting on me to solve the problem and John and Roto-Rooter made me look good!

We had a broken water pipe and I called for service. The technician, Aaron Dye showed up even on the weekend and he immediately tried to solve the problem.

I was really impressed with the service I received. Bryan was prompt, courteous, helpful and determined. He fixed my outdoor sump pump with a lot of trouble shooting, but never got frustrated or gave up. I was very happy with the service and would definitely call Roto Rooter on Mission again!!

Out of town rental property owner, Needing a main

Travis came out with in the hour.

within 30 minuets or less, he said he was done and the line

was clear, saying he only ran into some globs of toilet

I asked any roots he said "NO". He never ran water through

the line that I could see.

I flushed a toilet and ran a sink, the drain seemed to be

was backing up in to the house the same as it was before.

technician Steve came out charging my tenant $40.00 for

I have not been able to read Steve's report, it's in the mail!

know what. However he had a sewer camera showing my

tenant where roots have intruded in to a three foot section

of the original clay pipe that remained in the main line.

Again it seemed things were working

cleaned out even though the problem ie. Roots would come

back in months later.

the information I knew about work done by me and the

County when they replaced the street main, years earlier.

I asked and Albert the manager stated that Steve ran the

line again and was working. when Steve left that day.

A fue days later talking to RR again asking about the

copies of Travis and Steve reports and the bid for the

repairs were in the mail.

Gess what? Once more my tenant called saying the sewer

was backing up in to the house the same as it was before.

Now it (the sewer) was also coming out the clean out

where RR was trying to clean the sewer line.

of the reviews the customer mention Apollo Drain &

Rooter Service in Aptos, they used in the past and should

him of my situation. I asked his rated they were about only

line again even though RR said they had done it twice.

Phil (Apollo Drain) call me after his work, he more or less

stating that he ran the line removing two substanchel

clumps of roots. He also ran the line from the other house

that Y's in to the main line, that he just got the roots out

they started the work!

Albert fast, friendly and skilled. Was on time, fixed our problem permanently.

Greatly exceeded my expectations. I had a tenant move out and called to get drains unplugged. I didn't know that Roto Rooter also did plumbing repairs. Jacob Humecky did a great job fixing several fixtures, including replacing a bathtub faucet, new drains in bathroom sinks and checking other fixtures for leaks. All in record time and at a better price than other plumbing companies I have used. Highly recommend!

We woke up this morning to a shower that was leaking really badly. As today is my son's 10th birthday and party my husband decided to try to quickly fix the problem himself...he ended up causing a much bigger issue and we called Roto-Rooter. Albert arrived quickly and fixed the problems with a smile. He was prompt, neat and had a great attitude. Thanks roto-rooter! Now I'm off to the party!

plumber worked hard on my problem,he went that extra step on fix it I will use again.

I was extremely pleased with the service to replace a broken toilet (quickly!). The service technician was Jacob Humecky and his genuinely pleasant manner matched his high level of professionalism. I called Roto-Rooter from the yello pages, not having had any experience with them as a company. Now, thanks to Jacob's great work, I will never call anyone else but Roto-Rooter, and Jacob, for my plumbing needs.

Our technician, Albert, was fabulous, thorough and very informative. Things may not have gone as smoothly as he had hoped, but it all worked out!

The service tech came out in a timely manner and fixed the problem without hassle. We felt in good hands as he knew what he was doing.

Great and thorough service professionally done at a very reasonable price. Albert is now my "go to" guy for any plumbing needs.