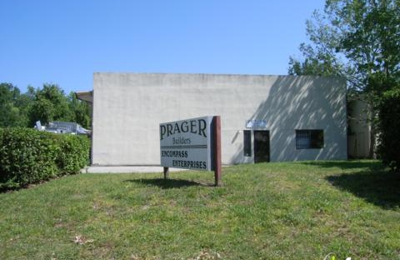 Let me start this with we have a very nice porch, but for the $22,000+ we paid we expected the job done to our satisfaction and in a professional manor and it was not. We had three different bids, Prager Builders was the most expensive, what sold us was the promise that they would do the job right and no need for constant hands on interaction from us, not what we got. During the end of the project I felt I was fighting every step of the way to even get the basic things done for us.

We were told a max of six weeks, including getting the permit, and most of that time would be waiting for the permit and normally it took much less time. It took ten weeks above and beyond the permit. The window portion of the project was delayed at least three times. One of the things I’m most upset about is Prager didn’t even bother to tell us it was delayed sometimes. The workers were supposed to show up and finish a portion of the job, and I never even got a call the windows were going to be delayed again, or they are waiting on a permit or whatever the excuse was for more delays. I had to chase them down to find out where we were in the project more than once, in fact I had to chase them down about many things. I paid more money not to have to do that. Is the permit ready? Who’s coming next? When are they coming? I was very creeped out when one day at the end of the project when someone showed up just before five and we had no notice they were coming.

Many other things were broken on the project and all I got were excuses. We had three doors installed, two of them did not work right, one would not close one would not lock. I was told they will “Do that over time.” I’d like doors that shut and lock like they are supposed to! They put up a big fuss about it. Brian came over I showed him the doors not working and he said he would get someone out. When the person came out again I got a hard time from them about fixing it until they themselves could not close one door and lock the other!

This company (Prager Builders) built a beautiful sunroom on my home in DeBary. I believe it is the best part of my home. We spend many hours there and we don't know how we did without it.

I would highly recommend this company. They are the "Sunroom Pros"!

These guys did a terrific job on my new room. I live in an older home and the sunroom they built was a great improvement! They finished in the time they promised and cleaned up after themselves. I hired them to build a large windowed room and pour the slab and included electrical outlets and fans. I am totally satisfied with my experience.