(918) 215-0100Visit WebsiteMap & Directions202 E Morrow RdSand Springs, OK 74063Write a Review
Hours
Regular Hours
Holiday Hours
Holiday Hours
Holiday Hours
Drive-Thru Hours
Allison T.
"I have been banking with this credit union since I was a kid. I have never had any issues and love the people that work there. They are always so helpful and even give my dog a treat when I come through the drive. I can't say enough nice things about Green Country Federal Credit Union. They are the best ..."Read morearound!!!!"less

GCFCU offers a full range of financial products and services.

General Info
We strive to provide the finest member service possible by listening to our members and designing our products and services to meet their needs.
BBB Rating
A+
BBB Rating and Accreditation information may be delayed up to a week.
Logo 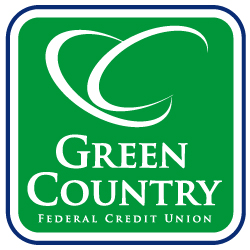 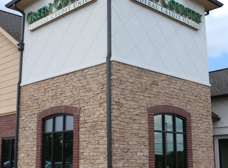 Very nice staff and good service. I would highly recommend this place to other people! I don't have to wait when I make transaction by go thru!

I have been banking with this credit union since I was a kid. I have never had any issues and love the people that work there. They are always so helpful and even give my dog a treat when I come through the drive. I can't say enough nice things about Green Country Federal Credit Union. They are the best around!!!!

A family member had been banking there for years when they started charging fees and freezing his account for a problem with an unrelated loan. The manager bullied him about consolidating his loans with a high interest loan. The manager brags about her poor treatment of customers. The institution has unethical banking practices. Several people I know have pulled their money out of that place.

My family has been banking here since it was ARMCO Credit Union. We all have accounts that are 25 years old. Recently this bank has undergone a change of upper management that resulted in many of their "near retirement" employees being forced out. I have noticed that customer service has gone with those employees. Also, the bank has begun instituting fees that were never charged before. If you use your debit card and drop the balance of your account to a small amount, they will "allow" an auto pay to debit the account and charge you an overdraft fee instead of just not allowing the charge. Used to be that the auto draft would just not go thru, much like trying to use your card at Walmart. Now, they allow the charge and charge you 25 dollars per "other" transaction. Much like the big banks, they are putting thru the larger debits first so the lesser debits with "overdraft" your account multiple times, therefore compounding your fees. Like the reviewer before me stated, they change their hours to suit their whims. They have lost their integrity. Its a shame I cant review them less than 1 star.

For two days I have been trying to get my money out. Saturday, I went to the bank to find out they closed at 11 am instead of the usual 1 pm. They had no postings on the front door but a lot of postings in drive thru. A representative could have told me this when I asked for the bank hours. This is my first time coming to the credit union in years and since then they seem not to to let the customers be well informed when they close early for an event. I am very disappointed. My family has been banking there for years. I thought about opening an account there but now, I just don't know know. I wasted gas driving from SE Tulsa to Sand Springs for two days.