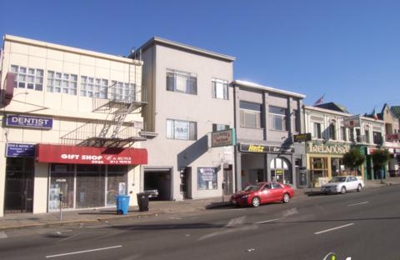 This weekend was my first time I had waxing done on myself. Believe it or not, I'mnot in too much of a shock and it actually wasn't as bad as I envisioned!

Dow was awesome. She made me feel comfortable and was super nice. She was very fast and informative. The wax itself was not as painful as I thought. It hurt more the further in she went.

I have read the reviews about their company on the net before I made an appointment, and believe every word of it! Dow is the best in town. I wouldn't go anywhere else.

The woman at the front desk was extremely helpfull and kind. She recommended this no scream cream which helped me on my first visit. I can't wait to go back again in four weeks. I think I may have found the best place in town.

If you are looking for no frills waxing, Dau is the best in town. Her brazilians are inexpensive, she is excellent at what she does, far less painful than other salons. She also does a great job on eyebrows.

Not only do I think Dao's the best, but my entire group of friends are devout fans! I have never felt uncomfortable and she is so incredibly thorough. Very reasonable prices too (waxing). She is sooo great we all couldn't ever go anywhere else. I've probably been going to her for 3-4 years! She's really a hidden treasure.

Super nice Dao, she seems to be very clean as well. It hurt like hell but the girl's thorough so it must be worth it. Just don't get a pedicure. Decent job at a high cost ($23). Could get the same results for half the price at a dozen other salons. I didn't know how much it would cost me until after my toes were done. Would i return for another brazilian? Yes ... after medicating my nerves a bit.

I moved to SF from the East Coast a little over a year ago, and have been searching all over SF for a good brazilian... Found a few mediocre ones, and then I was searching on CitySearch.com for one near my office, and I found THE ONE! Dao is super fast and meticulous. Before you know it, all your hair is gone! She also took one look at my eyebrows, which I was growing out to reshape, and told me she could fix it. I had never had anyone touch my eyebrows, so I was a little nervous... but within 2 minutes, my eyebrows were the most even eyebrows and nice and naturally shaped as it had ever been! To top it off, it was one of the least expensive waxings in the city! I give her three thumbs up~!

i have been going to Dao(the owner) for 6 years now for waxing, and i am writing this review while i am traveling around central america, missing her dearly. Dao is dependable, does an amazing job and always fits me in the day i need her. i will never see anyone else, and all of my friends feel the same way. once you go to Victoria's, you will never be in search again

Finally at 27, I discovered bikini waxes. Don't know what too me so long! I got my first bikini wax here with Dao (Owner). It's reasonable, she's smart, chatty and friendly, professional and easy to get appointments. The salon is no-frills but clean. It's not that painful ( for waxing) and she uses the right amount of wax.

Dao at Victoria's Nail Studio is the reason why websites like Citysearch exist... to get the word out! When there is a place like this where you can get a thorough and amazingly priced bikini/ brazillian, you convert to waxing. When it's done by someone as fabulous as Dao, you hesitate to write the review because you are nervous about the repercussions should the rest of San Francisco catch on to her services. She is the best, plainly said.""

dao is wondrful, she does the best ive ever had. if she has to work late to fit you in she does it.

having been a victim to many bad waxers, i can honestly say dow's (the owner) technique is virtually flawless. she uses hot wax, applies just the right amount, uses cloth strips (which i think hurt less than paper), and pulls quickly. if you are looking for someone to do as painless a bikini/brazilian as possible, i would highly recommend her. not only is she professional about waxing ""down there"", but she works in small strips and angles to make sure all the hair comes off. she'll even dig out the ingrowns if you are brave enough. the salon is very ""no frills"", but clean, and she charges a reasonable amount.