What's standard in the industry is not standard for us.

Business History
Preferred Plumbing has been the premier residential and commercial plumbing company in San Diego since 1980, providing plumbing services for a wide range of customers who’ve come to depend on our superior workmanship and unsurpassed level of customer service. Preferred Plumbing is fully committed to providing our valued customers with the highest level of customer service and satisfaction on every job. We only use domestic products, which have been properly, thoroughly and efficiently inspected prior to installation for your safety and convenience. To ensure your safety and the best use of your time, we will confirm all appointments, providing you with your assigned plumber’s name and any other identifying information. For your added peace of mind and convenience, all our plumbers are fully uniformed and drive our clearly marked company vehicles.
BBB Rating
A+
BBB Rating and Accreditation information may be delayed up to a week.
BBB Accredited businesses follow the BBB Code of Business Practices and pay a fee for accreditation review and monitoring. Accreditation is not a BBB endorsement or evaluation of the business’ product quality or competency in performing services. 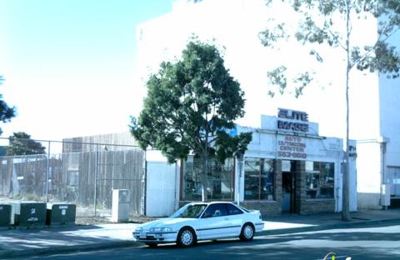 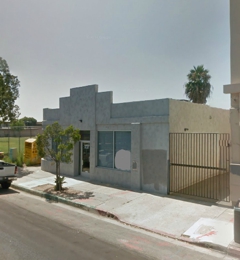 They are robbers with a license! Had them replace two bathroom faucets (we supplied the new ones) and the associated 4 angle stops. The plumber also had to widen the holes in the plywood under the granite (done with a drill bit). It took him 5 hours!!! One hour @$110/hr and 4 @ $130! Unbelievable!

This Customer called our office on October 30 and scheduled service for November 1, 2017. He inquired the installation of angle stops installed under his existing bathroom lavatory sinks and then informed me that he had purchased two new wide spread lavatory faucets. I informed him that we do not install Customer furnished products and if we did we would charge $130.00 per hour with no guaranty on his products. He asked how long would it take to install and I said depending on how the old faucets come apart or how his new ones are assemble since the faucets he purchased through Pacific Sales I had never heard of. I anticipated the faucets taking 11/2 to 2 hours each. He said he would think about it and have us just install the angle stops under the two sinks. I quoted him $110.00 per hour and the stops at $20.00 each and the water supplies at $8.15 each. He said to schedule the water shut down and angle stop installation and go ahead and install his faucets since he did not want to deal with it and wanted to get the job behind him. He asked that I contact his wife the day we were coming out. The scheduled work day I called her to inform her the name of the Tech I was sending out and asked are we doing the angle stops only or does husband want the faucets installed. She said that he wanted everything done. We proceeded with the angle stops first and completed same and priced per our quote. We removed one faucet and when the faucet was removed the Tech noticed that the new faucet brass shanks that go through the granite counter top were shorter than the faucet we removed. It could not be installed without going under the sink and drilling out the wood with a bit that would take more time and more cleanup. We offered her to either drill out the wood or return the faucets and exchange them for the correct faucets and she thought about calling her Husband and decided to have us drill out the wood. She asked how much longer and my Tech said possible another hour. We drilled out the wood, installed the new faucets, cleaned up our work space and billed out the labor and materials per our original quote. The labor was exactly as we said and materials were billed exactly as quoted as well. Every step of our provided service was explained and approved prior commencing. The Service Tech has been in my employment for over 28 years and is very qualified. We have been in business for over 37 years. We have been your top 100 longest standing accredited business&#39;s in San Diego. We performed this service as we do all of our Customers with complete professionalism and explained the service before we started. He never called our office after the work was completed to complain or ask questions. We have worked for this Customer before with no problems. I responded to his complaint as soon as I received it. Submitted: 11/03/2017

This listing has been claimed by a business representative.
Helpful(0)ShareFlag
Rick R.

105.00per hour starts 10mins before he get there .you pay for them organizing tools and figuring out the bill for 45 mins 2 1/2 hours to put in water heater with old one already removed.125.00 parts error would have been caught even if i didn't complain may not have been refunded but we would have noticed it.Beware little old ladies!!!!

I called Preferred Plumbing on a Monday Morning with a plumbing problem that we had over the weekend. The office personel was very helpful and told me what to do until the Plumber could arrive. The Plumber was at my door in less than 30 minutes.