Serving your San Diego Community Since 1960!

General Info
Your trusted choice for plumbing, heating, air conditioning, electrical and remodels. Serving your San Diego Community since 1960!
BBB Rating
A+
BBB Rating and Accreditation information may be delayed up to a week.
BBB Accredited businesses follow the BBB Code of Business Practices and pay a fee for accreditation review and monitoring. Accreditation is not a BBB endorsement or evaluation of the business’ product quality or competency in performing services. 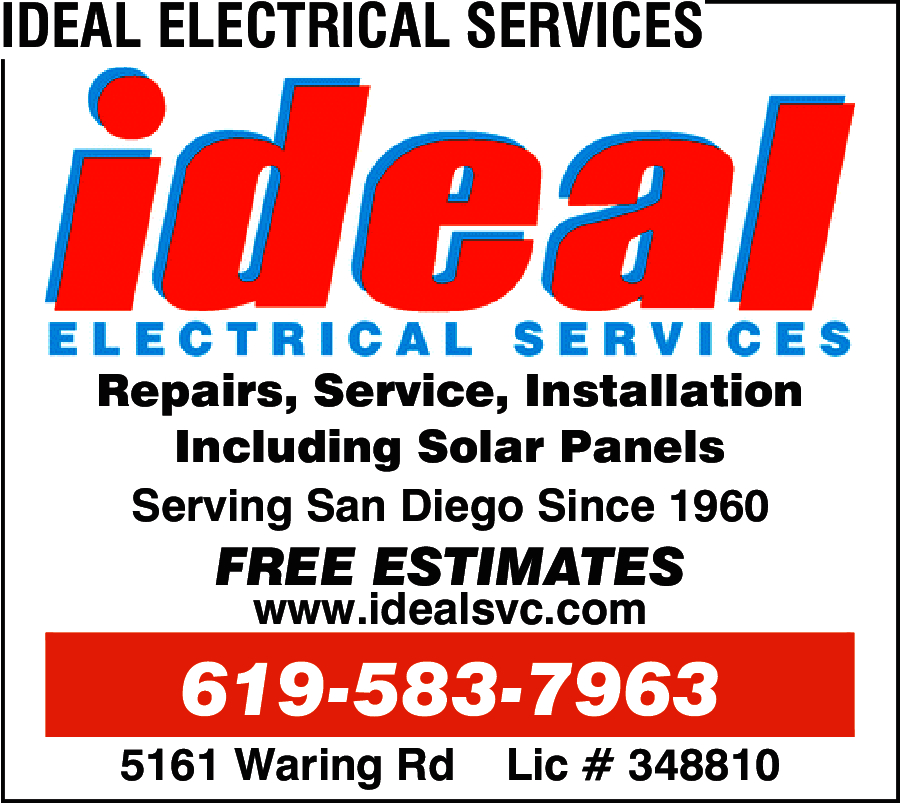 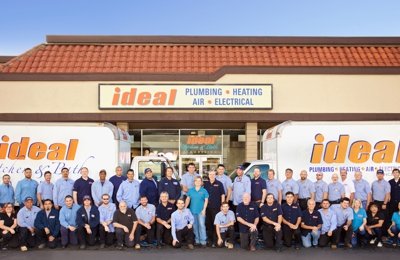 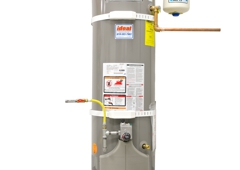 THANK YOU to Ideal Plumbing, Heating, Air & Electrical and specifically Howard, the technician who came out.

I had a leak in my attic that was dripping through the ceiling. I called this morning at 8am and was given an appointment the same day. I got a call a while later that there was a cancellation and someone could come even earlier than originally scheduled, which was great.

Howard showed up and was awesome! He was able to locate the leak in the attic and fix it in no time. He then replaced our pressure regulator in the garage because it was bad and had been for a while (likely contributing to the leak). It wasn't the easiest job because of how the regulator was installed into the wall. But, he made it look easy and didn’t mind me hovering and asking questions.

He was done with everything in just over an hour. The price for everything was more than fair. I am so happy to have this leak behind us so quickly and feel great about that work that was done.

I would definitely recommend Ideal for anyone in need of their services.

It is not often you feel like you actually get your money's worth, but I just recently had Raphael from Ideal out for electrical and that guy buzzed around my house and fixed 4 major items in one hour. Great service!

I’ve been using Ideal Plumbing & Electric for the past two years. They have cleared drains more times that I care to remember. They fixed a minor electrical problem while on a drain cleaning call that saved me a trip charge. When my water heater went out they replaced it with a tankless system and did a great job and provided me with the tax information to deduct the expense. I’ve come to expect fast, expert service from their professional field personnel