We create exceptional business solutions for cash-pay healthcare professionals that enable them to realize their full potential. For over 17 years we've done just that by continually staying ahead of the curve in marketing and technology.

General Info
Einstein Medical, Inc., was founded by its CEO, Robert Silkey, in 1995. Since then, Einstein has flourished. The company has four divisions in addition to Einstein Medical, including Einstein Law, Einstein Dental, Einstein Consulting, and Einstein Software. Einstein also has an online directory, DocShop, which connects consumers to experienced doctors in their local areas. Einstein doubled its annual revenue each year between 1995 and 2000. Since then, the company has experienced tremendous growth, increasing its profits and tripling its workforce. In 2007, with the introduction of such innovative products as Video Websites, Einsteins sales hit record-setting numbers. Einstein Industries, Inc., is one of the most respected online marketing companies in the nation. In addition to developing customized websites and online marketing strategies for medical, dental, and legal practices.
Email
Email
Services/Products
We are a San Diego based Internet marketing firm that offers solutions to reputable doctors & surgeons throughout the nation & the world. Specializing in dental marketing and medical marketing, we offer a wide range of products and services designed to increase the financial success of our clients, including website development, search engine marketing, search engine optimization, social media marketing, custom content development, video production, and much more! Services: Search engine marketing Social media marketing DocShop directory Exceptional websites Video production EinsteinApps When developing an online medical marketing strategy for a medical practice, whether for a cosmetic dentistry, plastic surgery, or LASIK surgery practice, a team of marketing experts collaborates to determine how best to promote and increase the visibility of that practice. Through such a team, Einstein Medical is able to tailor Internet strategies to meet the unique needs of each client.
Payment method
check, financing available, amex, debit, visa, master card
Neighborhoods
Mira Mesa, Northeastern San Diego
Other Links 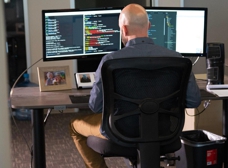 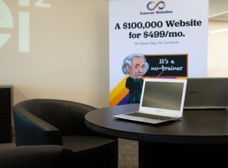 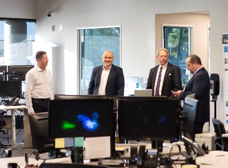 Hello World, I wanted to write this review to inform all the cosmetic doctors that work with Einstein Dental or Einstein Medical of the truths that are going on behind the scenes. My hopes are to inform clients and potential clients of the types of unethical things that are going on at Einstein Dental and Einstein Medical so that there is never another person that will be screwed over by this company. They are an internet marketing company that works with cosmetic doctors and dentist. They have been around for a long time and have continued to screw people over for many many years. They got doctors to invest in the company to get off the ground and if you ask any of those doctor's if they have seen a penny of that money back then I'm sure a majority of them will say no. I know a handful of doctors that I have spoken with personally said that they never got a dime back from Einstein Dental or Einstein Medical. Fast forward a few years to when they were busted for charging people's cards without delivering websites. The credit card companies sent back all the payments to the clients so they were out a ton of money and couldn't make payroll. There were a number of employees that didn't get paid from Einstein Dental or Einstein Medical. They were eventually sued for not making payroll and were left in incredible debt. This is where the snowball all started. Fast forward a few more years to the present. They are severely under staffed. They make promises to clients that they will have their website done in 3 to 4 months when in actuality it will take anywhere from 6 months to a 1 year. They are only concerned with getting your money and getting you to sign your name on the dotted line. Once they have your money you become a second priority to them because they are focused on getting new money from someone else. And since they are so far in debt, they will take your card and charge it early so that they can make their company payroll. They aren't even able to pay their employees. Every member of management and almost the entire sales floor is owed massive amounts of money because they have been getting minimum wage paychecks for years now. Einstein Dental and Einstein Medical have many disgruntled ex-clients and employees. You can easily Google Einstein Industries, Einstein Dental, or Einstein Medical and pull up dirt on these guys. They just recently got hit by the Google algorithm change and because they were doing illegal link farming their Website DocShop dropped immediately off the front page. They started trying to position it like your making an impression now instead of leads. They will show you unrealistic examples of clients that are in Brooklyn Heights. They performed optimization on that Dentist's profile so that he would show up. Forget about them offering you the same type of service when you become a client. They are falling apart every day that they keep the doors open at Einstein Dental or Einstein Medical. They are all money hungry sharks and could care less about doing what's right for the client. It's one of the most unethical companies that I have ever seen. Please don't allow them to take your money and become another one of their victims