General Info
For all your House & Commercial Painting needs, Superior Painting and Remodeling L.L.C. can complete your home and commercial projects. Start to finish!With over 25 years in the industry, we pride ourselves in providing 100% customer satisfaction, guaranteed. Our fully trained staff takes great pride in making sure that your home/office improvements and renovations go according to plan. "Our mission is to provide unparalleled service in the residential and commercial construction industry." The scheduling of your project, the selection of materials, and the quality of workmanship are all done with precision, care, and professionalism. Go to the link and get a coupon from the BBB Superior Painting has earned an A+ Rating with the Better Business Bureau A+ Rating - Better Business Bureau Link: http://www.bbb.org/central-texas/business-reviews/painting-contractors/superior-painting-and-remodeling-in-san-antonio-tx-90027594#
BBB Rating
A+
BBB Rating and Accreditation information may be delayed up to a week.
BBB Accredited businesses follow the BBB Code of Business Practices and pay a fee for accreditation review and monitoring. Accreditation is not a BBB endorsement or evaluation of the business’ product quality or competency in performing services. 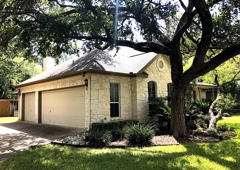 Superior Painting & Remodeling painted our house and we couldn't be happier. The house hadn't been painted since it was built and it really needed it. Ernest oversaw the project and his team did an absolutely outstanding job. They repainted everything including all stucco, soffits, fascia, patio ceilings, cabinets, exterior doors, and gates, place looks brand-new! The customer service, and quality of work was to perfection. We highly recommend Superior for their commitment to excellence!

I have been using Superior and Ernest for over 10 years for all my home needs. They have removed wallpaper, removed popcorn ceilings, painted the entire outside of my house and the inside multiple times. I have recently had them replace the floors which included removing the tile that had been there since 1982. Ernest is always responsive and fair. His crews are polite and professional and do a great clean job. Jobs always get done on time. I would not use any other company for my home projects and would highly recommend them to anyone who wants a job well done.

We recently had the exterior of our home painted by Superior Painting, and I am absolutely thrilled with the results! I received 3 bids for our project, and felt the most at ease with Ernest. He was quick in all his responses, and reassured me that they would get the color and layout right, and they did. Like in most contract work, I figured I would work with Ernest initially then get handed to another person, or just hear from him at the end of the project. That was not the case with Ernest. Not only did he respond to all my emails quickly, he was here on site every day, and kept me updated regularly. His crew was on time, friendly and very professional. They carefully covered all fixtures and windows that were not to be painted and also wrapped a vehicle near the driveway I was not able to move. The job took 2 ½ days from start to finish, and was worth every penny spent!

Superior Painting is the only place in San Antonio I’ll ever use. I hired them to paint the exterior of my home and they are professional and prompt, Ernest the owner will walk you through every step and answer all your questions and keep you informed on your project. The crew is just as professional as he is, the guys answered any questions I had when Ernest wasn’t there. Ernest is honest and fair. After you use Superior painting you won’t hire anyone else for your painting projects.

Impressive from first contact to final inspection! A company with people you can trust. Out of 3 painting quotes Superior was 100% accurate. Two of the 3 quotes said it would take 10 gallons to paint the exterior of my home, and quoted paint I didn’t ask for. Mr. Espinoza, the owner quoted 8 gallons, and only 71/2 gallons used. Superior used the paint brand quality I wanted. Superiors work crew were well groomed, professional, courteous, knowledgeable, with a sound work ethic. With the spring special discount Superiors price quote was a few dollars lower than his competitors. I am totally happy with the paint job and Superior Painting. I will definitely call them for my next project!

Superior Painting & Remodeling did an outstanding job painting the exterior of our home. Ernest and his crew are extremely knowledgeable, professional and courteous. The crew arrived on-time daily and worked diligently all day, each day until the job was done. Ernest, the owner, was on site several times a day to check on the progress and quality, and to keep us informed and ensure our satisfaction. We are very pleased with the outcome and highly recommend their services!

Complete new tile job in the living and kitchen area along with bathroom renovation. Very pleased with the outcome of the work and the tile looks amazing. The crew worked very hard and were professional and clean. I'd hire this company again.

This is Superior Painting and Remodeling LLC responding to the below review posted by MiltonH. Unfortunately, Yellow Pages doesn't allow a business to respond to positive or negative reviews. So this is the only method to respond to a review. First of all, this review is a false review. The facts outlined by the reviewer are not in line with the way Superior conducts its business. We pride ourselves on providing excellent customer service and professionalism. Any concern with a a customer is promptly addressed and we go over and beyond to make sure we complete a project to the customer's satisfaction. We know who posted this review and intend to take prompt action against them for fraudulently trying to impede our company business reputation. We will let the remaining 118 five star reviews speak for themselves.

I asked this company to come out to perform an interior paint job. I was not pleased from the start. Ernest, the owner, had me convinced I would receive quality and professionalism for my money. This was not the case. I asked Ernest to paint the interior of my home complete as I intend to put my house on the market. I had several quotes, but he had me convinced his company could get the job done. Well, I was sadly taken advantage of. The painters were late on the days they were supposed to be there and I believe they used watered down paint. Ernest, always on the phone, would not provide me with progress reports on the job. The paint job is now peeling and flaking throughtout the house. I have called repeatedly and Ernest ignores my calls. In a nutshell, they took my money and ran. DO NOT USE THIS COMPANY!!! BEWARE!

We loved using Superior Painting and Remodeling. They were honest, dependable, and very trustworthy. Their work was very well done and completed on time. We greatly appreciated Ernest and his workers for painting the entire exterior of our home in Riata Ridge and for the beautiful job they did painting the interior of our sun room as well. His prices were reasonable and he has a wonderful crew to work with. They not only on time, but cleaned up everything when the job was done. Thanks Ernest!.

Had the exterior of our home completed in Stone Oak and we were blown away with final result! Great guys you have working with you. Thanks for everything- Salinas family

I hired Superior to completely remodel my new house. It was the best decision I ever made. My wife cried when she saw how beautiful it turned out. The owner couldn't have been nicer to me and I my family. It was WAY cheaper than other bids we received.

My recent experience with Superior I can honestly say without hesitation was by far the best contractor experience. First off they came in far below the other bids I had gotten. They got the job done ahead of schedule and one of the workers did a drywall repair for free! These guys are the best and the owner really knows what he's doing with his work crew! My wife was amazed how clean they worked. It was like they treated our house as if it was there own! Bravo to Superior I would recommend them to anyone!

I would like to say thank you to Ernest and the Superior team for the gorgeous exterior paint job to our home. Will defintely be recommending to friends/family !

We contacted Superior Painting and Remodeling for an all interior re-paint quote. We have small children and were concerned about the type of the paint to be used. Ernest recommended Sherwin Williams Harmony VOC specifically for our concerns. We were absolutely thrilled with the finish and the outcome of the job. We are very pleased with the quality of workmanship and the turnaround to get the job done. We plan on having Ernest and his crew to come back and remodel our bathrooms in the home. We recommend this business. Over all a great experience.

I have to say that I am pretty disappointed in the way the job has turned out. Yes, it looks good and the guys that worked on it were amazing in listening to our concerns, but there are a number of things that Ernest said would be done that weren't and even stopped his guys from working on it. For example:

3. He said the doors would be primed and painted with a second coat of paint, and I watched as they painted one coat directly to the original unfinished door.

4. He originally told us that they do not work on Saturdays and Sundays, but then he had his guys working in 100+ degree weather Saturday and on into the night... because he had "another big job on Monday" you decided to have his men work late to finish our job. Thanks for the rush job.

His website says he prides himself on 100% customer satisfaction and I can tell you, we are most definitely NOT 100% satisfied. Yes, the house looks good but it could have looked much better. Who knows how long that will last.. a year? Two? Hardly worth the price. We went with Superior Painting because after bidding with a few other contractors, although his price was NOT the cheapest, we trusted him, his website, and his feedback reviews.

Excellent job painting the exterior of our home. Finished the entire job in under a week as promised. Properly prepped everything. Professional staff. Highly recommend!

We are so happy with on our recent exterior paint job from Superior Painting! From the time we set up our initial meeting for an estimate until the job was complete, everything ran smoothly. We were treated fairly, there was constant communication throughout the job, and the work was done quickly and professionally. The results are beautiful and we feel the price was very fair for the work. We'll definitely be using Superior again for future paint and remodel projects and have already been referring friends and family to this company!

We had two projects done by Superior Painting and Remodeling. We had some interior painting done and we also had the entire exterior of our house repainted. The quality of work, professionalism and communication was excellent. Ernest and his team were terrific to work with as they were very responsive, responsible and sincere about the work they were doing for us. I would definitely use them again and would highly recommend them to anyone.

This was the second major job we contact Superior for and with good reason, it is guaranteed they will do an outstanding job! They always go above and beyond and exceed our expectations. They are honest and reliable and extremely reasonably priced. What more can one ask for?