General Info
Shaw Company Remodeling provides kitchen & bathroom design & remodling, home remodeling, and custom cabineteyry to the San Antonio, TX area.
BBB Rating
A+
BBB Rating and Accreditation information may be delayed up to a week.
BBB Accredited businesses follow the BBB Code of Business Practices and pay a fee for accreditation review and monitoring. Accreditation is not a BBB endorsement or evaluation of the business’ product quality or competency in performing services. 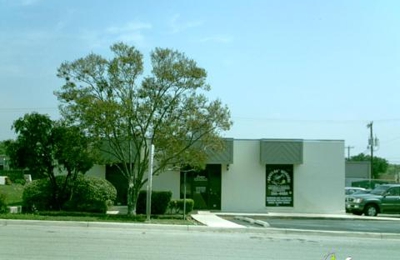 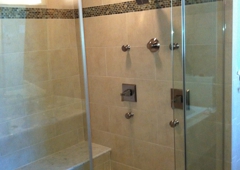 They didn't actually perform any work at my house. It never got that far since no one showed up for the estimate at the scheduled time. I made an appointment in their showroom, with the owner's wife. When I called 15 minutes past the scheduled time I was told there was no record of me in their system. The person I spoke with on the phone remembers me being in the showroom. While I waited for a call back to see if they could send someone out, I read the reviews and decided to cut my losses and find another company. Check the reviews before hiring this company.

We had our entire house painted, several huge holes in the walls fixed, and many other minor repairs. We are now having them do our kitchen & flooring.

Juan and his crew were great. They all knew what they were doing and knocked out the whole house extremely quickly. We were pleased with how even the crew was very professional. After the first day, my wife HATED the way the color looked. The guys fixed it the very next day with no hesitation or extra charge. We love the way our house turned out, and you can't even tell there were ever holes in the walls! Since our project was completed, we have friends getting their bathroom done with Shaw. We look forward to seeing how our kitchen & floors turn out!

I would highly recommend this company to any of my friends or family!

We've had tough experiences in the past so we used Angies LIst to choose a reputable company to remodel our home in Hollywood Park just after the holidays. This was about $65,000 and we needed to find a company with the experience to do it right and a name that would stand behind that. We had 4 companies come out and Eric Shaw made a good impression from the first visit. Turned out he was the owner of the company which showed us that he was hands on. He offered suggestions that helped us design a much better project than we envisioned originally and we chose a program that was less than planned. I was mostly impressed with the communication from the project manager each day and we only had one material hiccup throughout the process but they handled it and made sure I knew what was going on. My biggest concern was how the finishing touches would come together but the workers always respected the fact that we had to live in the house and the finished product could probably be featured in a magazine. We're very pleased and planning to have them build us an outdoor kitchen in April. Thanks guys

HOW IT ALL STARTED:
We first met Eric Shaw at the San Antonio Home and Garden show in Jan. 2011. I signed a contract with Shaw on 4/18/2011. Unfortunately, work didn't get started until 5/22/2011. He wanted $8400 down before work would begin. These two issues should have been my first major clue as to how lousy my experience would be with this company. And yes, it DID get worse.

MAJOR PROBLEMS:
1. Randy Guzman had promised to write a repair order for the leaking shower, which would have allowed me to file a claim with my insurance carrier for the water damage, helping to offset the nearly $30,000 cost of this job. He never completed that estimate, which would have probably saved me $4,000-6,000 on this job.

2. The work progressed VERY slowly, with the crew almost never arriving before 9:30-10:00 a.m. and often leaving by 3:30-4:30 p.m. They worked a total of about 24-30 hours per week.
3. The crew did several major parts of the job wrong, and I had to demand they redo the incorrect work properly. This included:
-- Covering over (instead of removing) the window, leaving the wall unframed and weakened under the brick exterior
-- Left a very wavy ceiling in the master closet
-- Left a chipped countertop in place, with a poorly glued damaged portion of the countertop exposed
-- Left a light fixture grossly misaligned with a sink,
-- Poorly set exterior brickwork around the new window, with the bricks wavy, misaligned, cracked and not straight.

4. Eric Shaw NEVER came to observe the work, and never contacted me during the project to see how things were going. This left me with the impression that he came out to 'sell' the job and collect the final payment, but he was very detached from the work and the customer while the job was ongoing.

5. Randy Guzman, the manager, would argue with me and make excuses about days and days where no work was done whatsoever, with little to no effort to correct the work schedule.

6. This was a 6-8 week project that took 4 months to complete. In the four months they worked on this bathroom,

7. When Eric Shaw came out to get his final payment, and I went into detail with him to express my disappointment, he knocked a whopping $400 off of the final bill for my frustration. Keep in mind, I didn't ask for a discount, but I was waiting to see if he would offer any financial compensation (discount) for what we had been through. Wow, $400 off a nearly $30,000 job. Thanks!

THE GOOD ABOUT THIS JOB:
1. Eric came up with a very practical and useful design on this project. The wasted space has been better utilized, the shower should serve us well for as long as we live in this house. It now has a very modern, contemporary appearance.
2. Several of the subcontractors and employees of this company did try to work with us when there were problems. The tile guy did a great job on the shower. The plumber worked quickly.

BOTTOM LINE:
This company was quick to make excuses for poor, slow work, slow to respond to my complaints, and I had watch them like a hawk to make sure the work was done according to what was promised.

I strongly believe this company was severely lacking in terms of keeping and maintaining trust, as well as demonstrating personal and professional integrity, which caused me to seriously doubt their ability to complete the work properly.

If you use this company after reading this report and still experience these kinds of problems, just remember--you've been warned.

Also, please be aware Eric Shaw owns and operates under the name ""Honey Do Husbands"" operating out of the same address.

I have hired Shaw company to work on our home 3 times now and have been very pleased with the result. Every project that we have done to our home has had stressful moments throughout the process, but the thing I liked most about them is that whenever there was even the slightest delay or hiccup in the project Eric always stepped in and corrected it immediately and communicated with me throughout the project. You can tell that you are their top priority from the design phase through the finishing touches and the walkthrough. When Eric did the walkthrough of our room addition he pointed out details that we didn't even notice and my husband will tell you that I am very picky. We have had a lot of problems with service companies in the past, so I'm pleased to report that Shaw company does great work and we highly recommend them to our friends.