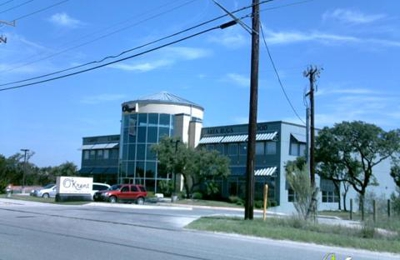 We just had O'Krent's install wood floors throughout our downstairs and they were fabulous...as always! This is the second time we've used them and my parents have used them as well. Excellent selection and excellent service.

Will be back to see them about redoing our master shower in the summer.

The selection of material at O'Krent's is very good. The customer service, in particular Ed Abate, was a NIGHTMARE! He was breathing down my neck while I was walking around the store, in spite of the fact that I told him I would walk around and see what they had and let him know. That made me very uncomfortable.

After I made my choice, he said he would have to go to my house and measure so that I would get ""exactly what was needed"". He kept asking me if I had my installers. I said I only needed the material. I already had my very experienced installers. He came to my house, measured with this little gadget which shoots a laser and went back to the office to finalize his calculations. I went back to the store to finalize the sale and he told me when the material would arrive. I contacted my installers with the estimated start of the project.

The material arrived and had to acclimate in the house for two-three days. In the meantime, my installers began demolition of existing floor material. Installation went smooth until they ""ran out of product"". I was very impressed with the job up to that point. I called Ed and asked him to explain to me why we were short of product. He was trying to blame everyone and their mother for HIS MISTAKE. The job was 60 sq. ft. short!!

He kept telling me if I had used HIS installers, that would not have happened. He also blamed my installers for possibly ""wasting"" material"". I told him the small amount of wasted material was sitting in the living room and that I didn't think HIS installers, or mine - would have been able to S-T-R-E-T-C-H the material that he ordered to complete the job.

He said the ""amount that was short would arrive in a couple of days"". He called me later to tell me that they did not have that in stock and had to send for it and would not be in until the following week.

I was planning to go to my granddaughters birthday out of town, which I had not missed for 14 years. I told him that I had travel plans and he very rudely said, ""If you want it quicker, you will have to pay extra to have it shipped faster"". I told him I WAS NOT GOING TO PAY EXTRA FOR HIS MISTAKE. I asked to speak to the manager. He said, he will have to call you back. I guess he wanted the opportunity to tell him HIS side of his mess.

When the manager called me back, he was pleasant but understood that I was VERY upset. While I talking to him, Ed interrupted our conversation and told his boss that they could ship the material the next day and we would still have enough time to have material sit inside the house to acclimate before the final part of the installation is done.

Ed calls me the morning that the material was supposed to have arrive and said, ""I have bad news."" He said the material had arrived but it was damaged. My stress level went sky high because I knew at that point that there was no way I would be able to leave town to attend my granddaughter's birthday.

He said he was going to re-order and the earliest arrival would be Tuesday (today). I was supposed to leave tomorrow. Material arrived. First part of the material was delivered by one of their installers. This part of the material was personally delivered by Ed. I guess he was hoping to make a point and see what he hoped was a sloppy job. I didn't let him get past the entry.

He was also picking up moulding and tile that he had over-ordered. I was anxious for him to LEAVE MY HOUSE. I have NEVER had an experience like this in my life! I will never recommend O'Krent's to any of my friends. He is hurting that company as long as he is employed there.

After shopping in San Antonio all week for tile this place was a G0d sent. I wish I had gone their first. It was a little intimidating for me to go inside at first. Mined you, that I had been working on plumbing earlier that morning and looked a bit rugged, and this place has a lot of class. You are greated nicely when you walk in and offered soft drinks, or water and a note pad to take notes on the items you are looking for. My favorite was a playroom for us woman that have to take our kid's everywhere. (Mine had just climbed a mountain of carpet at the last location.) A sales person is appointed to you right away, and he was very informative, helpful, and was not critical or seem to act demeaning regarding my working around the house attire. He seemed to know exactly what I was looking for and went straight to it! I couldn't have asked for better service. O'Krents knows it's customers and treats them right!!

My experience w/ O'Krent 's was a total nightmare. They give the absolute worst customer service I have ever experienced. I should have never bought flooring from them. I had MANY problems w/ the installation because they applied the laminate to a damp slab (they admitted later that they knew that they had). I thought they would fix the problems, but they caused a ton of problems for us including, flooding our slab w/ a blue liquid WITH our furniture in the house and damaging our rock fireplace, our furniture, walls, baseboards, etc. I would never recommend O'Krent's to anyone. They don't stand behind their word or their installation. They may have this glitzy showroom but don't be fooled. Their installation is done by total amateurs with little skill. They won't back up their work or their products. In other words, STAY AWAY FROM THEIR STORE.