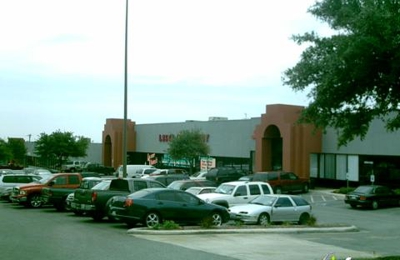 BBB Rating
A+
BBB Rating and Accreditation information may be delayed up to a week.
Hours
Regular Hours
Logo 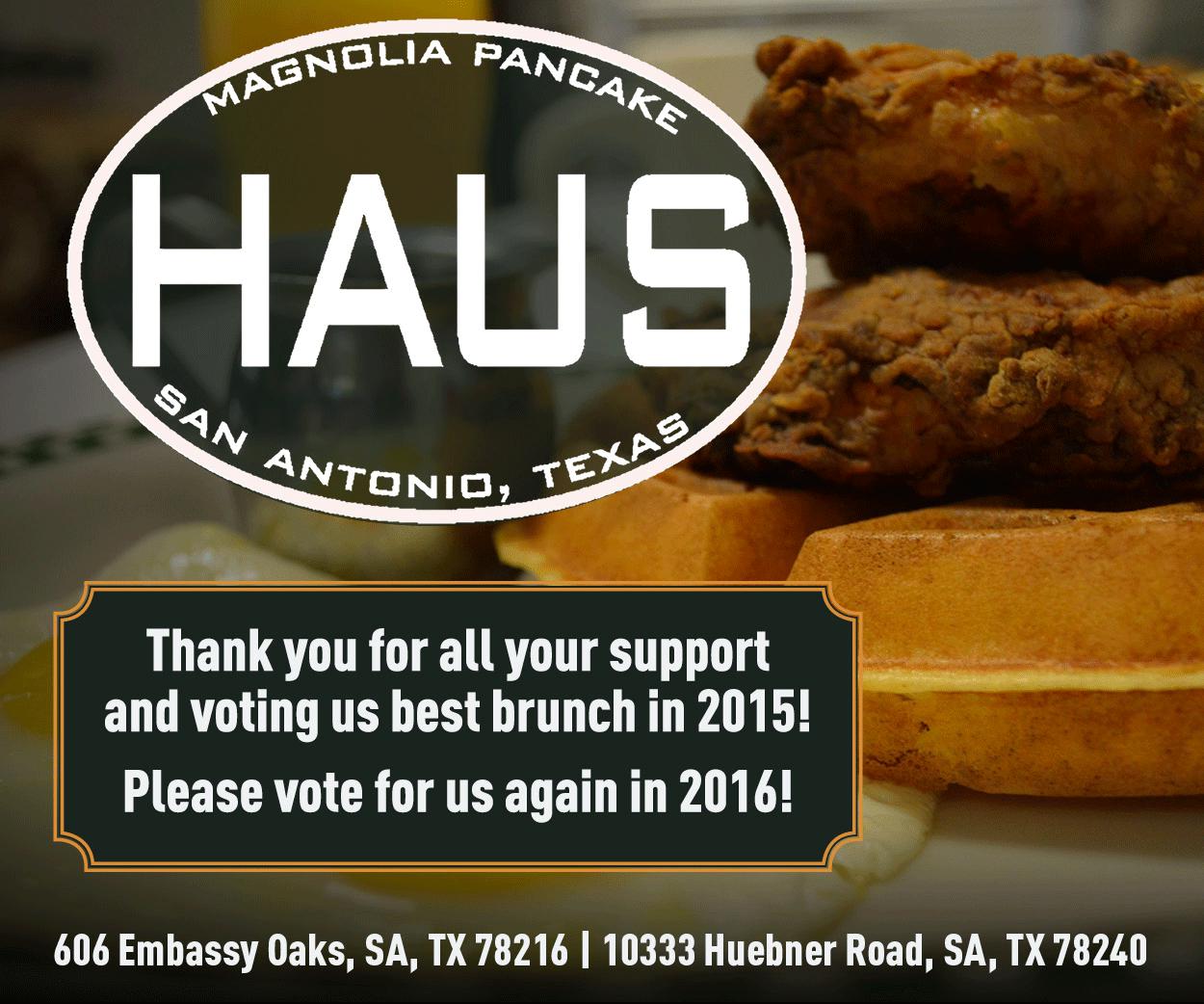 Always worth the wait. Family favorite

This place is very busy on the weekends. Long waits, keep that in mind. But the food is worth the wait. Everything is made from scratch. Very good service

I have been visiting this place for the past five years, and as long as you are not with a handicapped individual it is fine. However, my last visit was awful. I will not plan to return for a very long time. I went on Friday mid-morning because I knew it could be a bit crowded on the weekend, and we wanted to stay out of the rush while were celebrating my wife's birthday with my mother-in-law. Her mother is severely handicapped and has extreme trouble walking even with her cane--they refused to let us have a table until she was physically inside the door of the establishment even though she was parked in the hadnicapped spot right in front of the door and clearly doing her best to get inside. We needed the allowance to make sure she would be able to sit at the table and get the chair ready for her to collapse into. However, management was completely uncourteous despite seeing her doing her best to get into the establishment. They do not make accommodations for handicapped people and are very unapologetic about it. Shame on the Magnolia House and its management from hell. The only redeeming factor was a fairly courteous waitress and good coffee.

Moral of the story: If you are able bodied, then go to this place; if you have a handicap, don't bother because you will not be welcomed. It was humiliating that they watched her struggle to get into the restaurant and refused to get menus ready until she ""cleared the threshold.""

I could do without the long wait but I love the pancakes so much I do it anyway. I also like the hash browns. The omelets are little small.
Recommended.

I am a big breakfast lover. I have been to many places in San Antonio trying all kinds of breakfast joints. By far this has to be the best breakfast here. Their sausage patty and pancakes are my fav. The only thing is the wait time. Believe me, it is worth the wait. On the weekends if you don't get there before 8:30am you will be waiting 45min-1hr.

Not sure what all the rave is about...just don't like the place. I've been dragged there a couple of times by those who love it. I had cornbeef hash...it was tough! How can hash be tough? My daughter found a scrub bristle in her omelet...at least they clean...cute decorations, but NOT worth the long wait and terrible wait staff who are harried and too busy to refill or attend to the tables they have. Hate that they won't seat you til everyone is there or take reservations...

Took my Dad to breakfast here for the first time. The menu looked great, as did the wall of awards in the lobby. We were put in a small room in the back where about 12 other people were seated. The noise volume made conversation nil. The accostics are horrible!
I ordered Pecan Praline French Toast. First bite I was ready to sent it back. It was artificially flavored. The syrup was water thin and the bacon on the side was like jerky. Both our orange juices tasted sour. My Dad ordered biscuits and gravy and the biscuits were not fully cooked. Cost us $28.00! Both of us wish we had read the reviews and went to Denny's!

It was gross. No bugs but the taste alone was awful. Hashbrowns tasted like they had been sitting on the griddle since the day before. Eggs were nothing spectacular neither were the pancakes! What a dissapointment. Never coming back. The 1 star is a requirement folks and is in no way an endorsement.

I was thinking about taking the family to breakfast at Magnolia Haus and I'm SO glad I read the previous reviewers comments about the bugs and poor service. If the bug was true, that's enough to never go to this place but I won't go here now for the mere fact the service was horrible! I can just as easily find a top notch place to eat where staff know how to treat their customers. Needless to say, I'll NOT BE GOING TO MAGNOLIAS, now or ever. GROSS.

To Sum it up, the staff is hostile, there was a cockroach in my food, and the Owner is just as hostile and uncaring. Details below of our horrible experience:

Myself, my husband and our family went to Magnolia Pancake haus for what we thought would be a wonderful family meal. We were told the wait would be 1 hour and 15 minutes and it ended up being 2 hours and when we asked if we were next the hostess staff was very rude. When our food came there was a half inch size COCKROACH in my french toast! I saw it as I was flipping my toast and picked it up with a fork and showed it to the waitress. The waitress saw this and immediately stated ""That is ridiculous, I cannot believe that!"" I asked the waitress to speak to a manager. A lady came to our table and said she was a manager. She was very rude and did not have a nice attitude towards us so we asked to speak to the general manager. The general manager came over and began by stating that It wasn't a cockroach in my food, it was another kind of bug!!!! I was shocked!! What kind of general manager argues about what kind of bug it is when ANY KIND OF BUG is UNACCEPTABLE in Someone's food!!! The General Manager then quickly corrected himself and stated that regardless of what kind of bug it was that it was unacceptable in my food. My Father asked the General Manager what he would do to correct this situation. The General Manager asked me if I would like to eat something else and I asked for new french toast that didn't have any BUGS in it!!!! When we received our bill we saw that the french toast had been taken off our bill. However, we still had to pay approx 90% of our bill. After that terrible experience I feel we should have at least been given 50% off of our bill or the entire bill should have been comped. This was just plain unacceptable and we are shocked at everything that had transpired! We left the restaurant VERY UNHAPPY. The hostess staff and management at the restaurant obviously do not know how to make a customer leave happy, and how to resolve customer complaints and issues.

I later emailed the Owner of Magnolia Pancake hause received a phone call from him. At first I was touched that he cared to call me back but when I spoke to him he didn't let me get more than 2 words in and he was yelling at me about how angry he was that I wrote a bad review about his restaurant on trip advisor and on facebook. He stated that my review was inaccurate and that the Critter in my food was not a cockroach but a water bug! (as far as I am concerned they cared more about what kind of bug was in my food than they cared about making sure I was taken care of as a customer.) The owner proceeded to tell me that he was not interested in talking to me any further and that if I wanted to file a lawsuit against his company then to ""bring it on."" WOW, what kind of customer friendly language is that? I was very disappointed by this treatment.

When I read a message from the owner of Magnolia Cafe on Citisearch the owner of this restaurant states: ""From the items we offer to the ingredients we use, to the caliber of our staff, it is clear that we take our customers' expectations of quality and value very seriously.""
WHAT A JOKE. THE Owner and Staff of this restaurant were TOTALLY AGRESSIVE AND UNPROFESSIONAL in our experience.

With so many reviews about the breakfast (it is without equal in San Antonio) I just had to say something about the lunch. I really like their German potato salad and they have one of the best ruben sandwiches in town. Oh, and yes, you can have breakfast for lunch!

simply put, its the best in the city for breakfast...some complain about the wait, but its part of the experience...i KNOW i will wait...and i KNOW the food will be well worth the wait...i use the time to conversate with family and friends...it is what breakfast dining SHOULD BE.

They have the best Pancakes! I love how the syrup can come warm and the service is good

Might be a random incident, but I won't go back and would suggest NOT to order the sausage.

We waited around an hour for a table which was fine since we had heard about the great food. What we did not expect was the rude service. We were a party of ten and 3 of our guests were running late (10 minutes) and we were rudely told that they could not seat us. .When we asked about the policy we were told by one of the hostesses that the waitresses could make more money when tables were full vs empty. This of course is mostly true but were words that the hostess could have kept to herself. She was very rude and there was no reason we could have not been seated instead of standing around. When our guests arrived shortly after they had given our table away. If it were not because we were so hungry we would have all left. We waited another 10 minutes and finally got a table. I could not believe the bad service and the way the hostesses handled the situation. They could have done a way better job and had a better attitude since after all it is their customers giving them business and good service should be the priority.

Excellent food, the wait is worth it.

My husband and I went here a few weeks ago and the food was outstanding. Our waiter was funny and personable, and we had a wonderful breakfast. We did have to wait about 30 minutes to sit down, but it was worth it. We will go back. We ordered the open-faced Denver omelet, and we upgraded the side of pancakes to a full order of the Bananas Foster pancakes - FANTASTIC!