Have a plumbing emergency? Call today for a Phone Estimate 24/7.

General Info
We specialize in repairs, main water breaks, main sewer breaks, stoppages, troubleshooting water leaks and any repair or replacement of plumbing fixtures. No residential plumbing replacement or repair job has ever been too big or too small for us. And, after hours work has never been out of the question. All after hours calls are answered by a live on-call dispatcher. We have access to parts, supplies and specialty equipment at all times, such as water heaters of any size and unlimited Moen brand parts. Call on us for sewer line or drain cleaning in San Antonio TX, water leak repair, faucet and fixture replacement and hot water heater installation.
Hours
Regular Hours
Logo 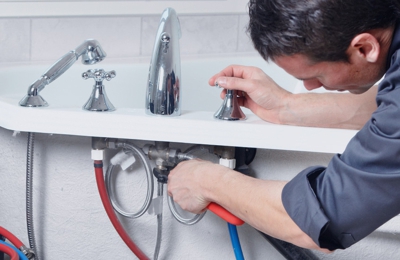 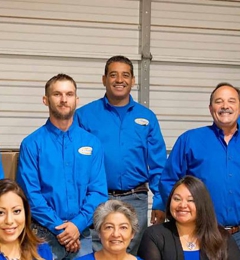 Beware! Only 30 Day Warranty! Back in They came right out and fixed the problem. 4 months later I have a leak in the same place. Warranty is only good for 30 days! If workmanship is only good for only 30 days, it must not be very good!

Ralph was very knowledgeable. He is friendly and explained to me the process of what he was doing. I would recommend this company to anyone looking for a plumber. Thanks for everything!!

Quick efficient service from JR's Plumbing. Had a bad water leak in BR tub. Called in the morning and plumbers showed up by 11:15. No price gouging going on here. Fixed the problem with no hassle. KUDOS to Chris and Emilio.....

JR's Plumbing is the best plumbing contractor in San Antonio! These guys are really good! I called them on a water heater that went down. Water was cascading over the top of the hot water heater, it was shot. I called JR's Plumbing, and they had a guy out to my home within 2 hours. Before the day was over, I had a brand new high efficiency water heater. I did not go a night or a morning without hot water. Thanks JR's Plumbing

Best plumber in San Antonio! I found these guys on Best Plumbers, and would highly recommend them to anyone looking for a good plumber in San Antonio. I had a clogged floor drain in my basement, and JR's Plumbing sent out a drain cleaning technician at 8 PM to get my drains flowing again. Weh they left my hone, the basement was cleaner than before the drain cleaning problem. They did a really nice job. Thanks JR's Plumbing! Will use again!

Troy & Ralph were very professional, courteous, prompt & most of all, HONEST. For years I had been told I had roots growing in my pipes (even by a company who had run a camera down the line). They came to my house the next day as I requested & ran a camera down. My pipes are clean & have no roots running through them. They saved me literally thousands of dollars that I was expecting to pay. Their prices are very reasonable also. Can't say enough about how pleased I am with these guys!

I needed a plumber asap. JR's was only one (I called 3) that could get to house within the hour. The plumbers arrived on time and fixed issue within minutes.

(Troy), claims to be an experienced plumber, but does not have a license... Be careful if you use this company...

I have used J.R.'s for several years, and only have great things to say. Especially, about Troy, always gives good advice. My father used J.R.'s for years before he died

If you use this company, ask for Troy. You will receive very professional and courteous service. He is an outstanding young man who gives good advice and options for the problem you are having.

These guys are great! I recently had J.R.'s Plumbing install a kitchen sink faucet and they did an outstanding job. I was very impressed with how profressional this gentleman was and how promptly he installed that faucet. Best of all they are not on commision so he didnt try to &amp;quot;upsell&amp;quot; the visit. Will be calling them back!

Excellent company. Fast service, everyone was polite from the lady who answered the phone to the tech that did the repairs. Their prices were good too. I would highly recommend them.

I do not recommend using them, they had a terrible attitude, and tried to convince me I didn't have all the parts for the water filter spout (which should have had everything in the box) We also found a leak a few days after the job. We spent twice as much fixing problems they created. Don't make the mistake I did and hire them for anything.

They came and treated me like an idiot, and like it was a hassle to put in our new faucet. Toward the end of the job, the worker said I had not gotten all the parts, so I run over to buy it - and it 'was the wrong one.' So they left without finishing the job. A few days later we found a leak, and discovered that the faucet box should have had that mysterious part. We spent twice as much fixing the mess they created. Total rip off.

I have used this business various times and I have had the best service ever. In emergencies, they are quick to respond, but best of all is that their prices are very resonable. I have never had them return on any repairs. Overall they are the best I have ever used.