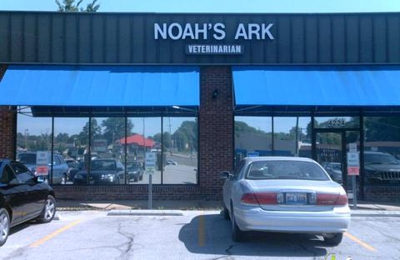 Did you know that if you need a generic antibiotic for your pet that humans also take, such as amoxicillian, that you could get a written prescription from the vet to go to Schnucks and get it for free? (I believe Wal-Mart, Target, Costco, and Sam’s Club has these generic prescription programs too). We didn’t know this until, Karen (one of the vet techs), was forced to let the cat out of the bag about it after my husband threw a fit about charging us more money after our 15 year old dog had surgery a few days ago to remove a tumor from her leg. They charged another $13 to take the staples out and rewrap her leg with a new bandage, which I was told by Megan, another vet tech, was suppose to be included as part of the surgery charges that we originally paid which was over $200. She also needed more amoxicillian at this time in case of infection, and they changed us another $32.00 for that. After my husband complained, she told us that we could return the amoxicillian and give us our money back for it and write us a script to go to Schnucks, but kept the money for rewrapping her leg. She said that if people want a written prescription they have to ask for it. Well how do you ask for it if you don’t know that certain drugs such as generic antibiotics can be filled for pets somewhere else cheaper or for free? That is what they are banking on, to keep you in the dark about these things to make you think that you have to buy the meds from them so that they can make a profit. We have been going to Noah’s Ark for four years with our three dogs, and the older dog is prone to urinary tract infections and chiefly lives on amoxicillian. During the time that we have taken her here, it has been very expensive with all the office visits, lab work, prescription food, and meds, and we have made it known to their staff that it is a financial load on us. We even joked about how we wish we could get the meds for our dog at one of the pharmacies that offer the free, $4, and $10 generic drugs for humans, such as Schnucks, however, they knowingly and intentionally never offered any assistance to help us save money so that we could give better care for our pets at another time. This vet office is sneaky and underhanded about this and we just want to make it known to others to be careful and smarter than we were if you want to save money on your pet’s meds. We don’t trust this vet office because they are only out to get your money any way they can, so we switched to a vet who is very open about writing prescriptions to go to other pharmacies other than paying their high prices at their pharmacy.

If you are an animal lover, this is the vet for you and your furry friends! Other vet offices are stuffy and boring. I walked in with my dog and immediately felt the love!