Hours
Do you know the hours for this business?
Extra Phones 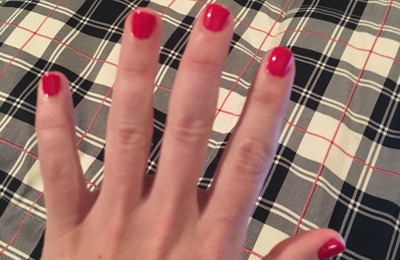 Best Manicure and Pedicure I have ever received!!! They even stayed after hours to fit us in. I wish I lived in St. George so that I could go there all the time! Highly recommend!!!!

The review written below by Gill Halford isn't true. I was there when this happened; I've been coming here since it opened, and this is my favorite nails salon. I just want to be honest when reviewing because this is important for business. Three people came when I was being done my pedicure. The lady shook the polish and accidentally dropped it, so it was broken and that was a big mess on the floor. The owner, he had to clean it when another person had an appointment earlier had to wait. So he was late for his appointment to clean it up, and they told these three people they didn't had enough time to do their manicures, but they could do their pedicures; one didn't want to do, so there were two pedicures done. They were too busy because they had their earlier appointments and a mess to clean up. I guess it took him 30 minutes with the mess on the floor. About the other person had to reschedule, I think the owner wanted the convenience for her since she had to wait for half an hour while he was cleaning up. That's what happened.

Very rude service! One person, with an appointment, drove 30 minutes and was told she would have to reschedule. My wife, sister and daughter had an appointment and my wife was denied service. They'll never go back to this business!!