General Info
Tree Technology, Inc., dba Tree Tech Services was established in 1990 by Don McBride who started with one truck. Through hard work, dedication, and exceptional customer service we have grown to over 30 employees, including an efficient office staff, our own maintenance mechanics, and a fleet of trucks and equipment. The company was incorporated in 1996 and renamed Tree Technology, Inc. Tree Tech is now one of the major tree service companies in Sacramento and the surrounding communities. Tree Tech strives to build relationships with our customers so we can provide comprehensive and practical tree care well into the future.
Business History
Tree Tech Services is a Sacramento, California based company providing professional, quality work. You can depend on our certified arborists and trained employees to provide courteous and knowledgeable service.
BBB Rating
A+
BBB Rating and Accreditation information may be delayed up to a week.
BBB Accredited businesses follow the BBB Code of Business Practices and pay a fee for accreditation review and monitoring. Accreditation is not a BBB endorsement or evaluation of the business’ product quality or competency in performing services. 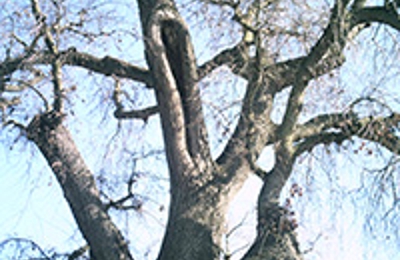 Their crew did an excellent job on a pretty difficult tree removal. They were professional, timely, affordable, and I now plan to use their service moving forward for all of my tree maintenance.

They were going to come out and trim both sycamore trees in one day. They showed up a day late, didn’t even finish my neighbors tree and said they would be back the next day to finish. They didn’t come out or call the next day. I called and they said they would be there the next day. Two days later when I came home my tree was about 90% trimmed. There were several obvious places where limbs should have been trimmed but they were not.

They called for payment two days later and I told them I was not happy with the job. They took my payment and scheduled their arborist to come out and look at the tree. They called a few hours before my appointment and said the arborist was out of town for the day and would have to reschedule. I rescheduled and he didn’t show so I called again. They had the arborist call me back. He told me that he was there when they had trimmed my tree and everything looked good. I explained to him what I was unhappy about and he wanted to make another appointment to look at the tree and take care of any limbs I felt needed to be cut. I declined their offer because I didn’t want to get stood up again. They did an ok job but treated me like I was a nobody for a little $345 job.

Very pleased with the very professional crew and the outstanding job that was done!! Great Work!!