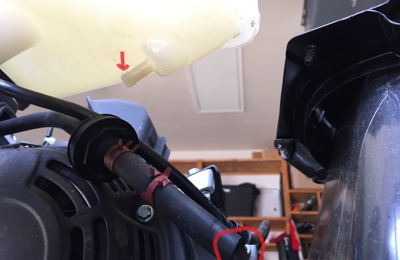 Called to get some help on ordering parts on two of my snow blowers. I had to wait on hold for 15 mins and call back twice for someone to pick up the phone. Once I got on the phone the man was very rude and not helpful at all. Its to bad a local shop like this would treat customers the way they do

A few weeks back I brought a mower that wouldn't start to Manus. Without even trying to start it once, the guy tells me it's $72 charge just to leave it there and have it LOOKED AT. I'm like... "Ok...?". It ended up costing nearly $150!!! I was shocked, but assumed that for such a fee, I would surely be getting back a 'bullet-proof' lawn mower that was tuned-up and ready rock. Boy, was I a fool. Yesterday was the VERY first time I went to use it, it didn't start! I brought it back in to Manus, no one even says 'sorry for the inconvenience' or anything. Instead, they call me later and ask for an ADDITIONAL $95 to clean the carburetor?!? Unbelievable. Then I go online and see that Manus has scores of bad, 1-star reviews on various websites, including Yelp. I'm not alone in this experience. Manus is known for insanely high prices and zero customer service. I implore you to not give them your business, go elsewhere and save $$$. Unreal.

They do not stand behind their repair work. They botched the repair of my snow blower. I would be more sympathetic to the botched repair if they had agreed to come pick up the machine instead of asking me to bring it to them. Never mind that the botched repair caused gasoline to leak all over my garage floor. I had to get another mechanic to take the snow blower apart while I observed. We discovered that Manus did not connect the fuel line to the gas tank. I posted the picture above. They were very rude. When something is botched like that, they should have come to my house to fix it instead of telling me to bring it back in to them. I will never go back there again.

After purchasing a lawnmower that was not properly put together (I had to do it myself), I took it back the following spring due to lawnmower not starting. They were going to charge me almost half of what I originally paid to fix it. The manager of the service department then told me it was my fault because I did not read the owners manual. Rude poor customer service. I took lawnmower elsewhere to be looked at. I would NEVER recommend this place to anyone.

I brought my riding lawnmower to Manus as it was pulling to one side. After several weeks, they finally looked at it (the long wait was apparently due to having some employees out - which is completely understandable). They also charge about $75 to even look at your mower, which I really didn't take issue with until later.

When they finally got around to looking at it, they told me that the hydro unit was shot, and that to replace it, it would cost $1,400.00.

I picked up the mower, and took it to another shop. Within 2 days they had fixed the problem. Total repair cost? $15.00.

I spoke with who I believe is the owner in person. He basically said "to fix it right" their repair should be done.

When i pressed him further, he indicated the repair the other shop did would work (althought it may not be a permanent fix and may have to be done again in the future) and would cause no further damage to the mower. He indicated that "we probably should have done a better job of explaining that". If I had to have the $15 repair done annually it would take me 93 years to have paid what they were going to charge me.

I feel like at best, they completely failed to inform a customer of all available options. At worst, they were completely dishonest.

I have been a customer for more than 10 years and have never been disapointed. I have taken items in for repair and they have been fixed correcly the 1st time. I have found them to be fair in the pricing. I have so many friends that use them as well.

Would not recommend taking anything there. There employes are very rude, no customer service skills. Overpriced!!