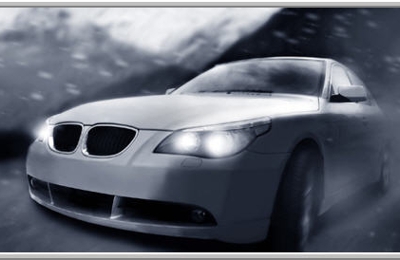 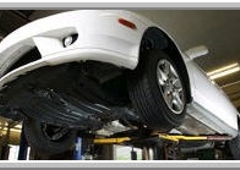 I have been going to Muffler Mart for years. I used to live in Mansfield, and now I'm in Fall River. I want to repeat that, I drive from Fall River to them because I know the staff is not only amazing, but trustworthy as well. I can't say enough good about them!

Unless you're in established, good standing with Muffler Mart, do not expect loyal service.

As a recent college graduate away from home with a flat tire, I paid $800 for a set of tires that I figured I needed anyway in the near future. I was told that they were to be balanced/aligned. I ended up with a shaky, uncomfortable 1 1/2 hours ride home, with both wheel and drivers seat vibrating (a problem I had never experienced).

At home, my local mechanic took a look and showed me on the computer that none of the tires were aligned, and that in fact, one of my new tires was a bad one. As a young woman, desperate for honest service, Seth would not believe me when I called him and said my car was not aligned correctly, despite the proof I had. He refused to speak to my mechanic to have him explain his findings because he'd rather speak to me stumbling through my car knowledge. He'd rather bully me into believing everything had been done correctly instead of making sense of the situation. Instead of understanding and being proactive, I was told to come back to him (60 miles away) to prove my point. There was no consideration of how inconvenient driving back there would be.

The job should be done right the first time...not purposely done incorrectly because you figure the young girl won't notice or won't bother to come back since its out of her way. As a warning to young, first time customers - I wanted to establish a trusting relationship with a place away from home, Mr. Adler had been friendly too when I had first walked in, but this is not the place to chance your time or money. In hindsight, I wish I looked into the reviews on this place more before I chose Muffler Mart. I will NEVER go back and encourage others to read these reviews.