Call Now for a FREE Quote! 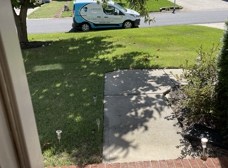 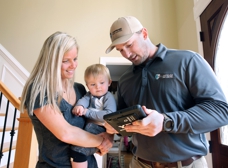 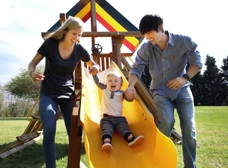 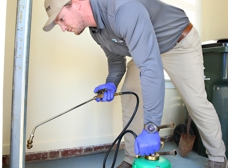 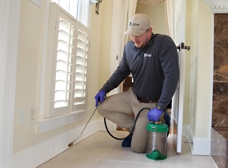 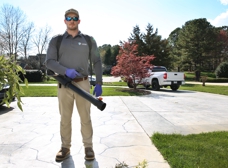 Thomas P came by and did excellent. Thank you Cleardefense for all that you do. Hope you all have a Merry Christmas this holiday season.

Clear Defense is the best pest control company out there! All the people they send out are top notch and help you with any problems you have! Brian R came out and now my home is bug free again!

Cleardefense gets an A+ from me for their quality services. Thomas P came out and did a wonderful job.

Brian from Clear Defense is amazing. We’ve had an issue with webs around our front porch and ever since he came out and removed/treated them we haven’t seen anything! Let the Christmas decorating begin! Thank you Clear Defense and Brian for always being great and Happy Holidays!

Update: Thomas performed our quarterly service today. He did an amazing job dewebbing and treating the exterior of our home. He was very knowledgeable and answered all of my questions. I highly recommend ClearDefense pest control!

Hami performed our monthly mosquito service this week. He left detailed notes and came in the time window. I am pleased with the service and highly recommend ClearDefense pest control.

Hami performed my mosquito and quarterly services this week. He did an excellent job. All webs were cleared and the major problem spots were treated. I highly recommend ClearDefense Pest control.

My hubby recently called Cleardefense because we’ve had a big issue with spiders since we are near the woods. I was skeptical at first but my technician Thomas worked hard and changed my mind. We haven’t seen a spider since he was here and I am grateful because I was ready to give the spiders the house 😂😂. Thank you all so much!

Every experience I’ve had with Clear Defense so far has been great. Ricky and Keon came out today to perform my service and they were both really professional, polite and helpful. I appreciate the great service and I’m glad I chose Clear Defense for my home’s pest control.

We have been very happy with ClearDefense over the last few years. The technicians are always polite and knowledgable. Today we had Hamilton service our house and he did a great job!

Clear Defense has been a great company that I will not switch from. I have had issues with extermination companies in the past and thought they were useless but Cleardefense has changed my thinking. My technician Thomas did a wonderful job and I am grateful.

Cleardefense is a Quality company that I have had the pleasure of using for a few years now. Thomas P came by today and just blew me away once again by the measure of care they all take when they service a home. I have been having a lot of construction around my home so I have seen a few bugs but Cleardefense always manages to solve the issues.

Brian from clear defense is great! I’m always happy to know when he’s coming out because I know my problems will be taken care of!

I can sleep safe at night when Brian R from Clear Defense comes out to treat our home! He is always so polite and respectful towards our concerns and does a great job!

Call cleardefense a few days ago about my fire ant issues and Thomas came out today and and treated all the mounds for me. I felt bad because there was a lot but he was very nice and took care of them for me. I highly recommend using Cleardefense if you don’t already. Thank you again Thomas P.

Thank you Thomas from Cleardefense for spraying the s*** out of my home. I hate bugs, I hate to see them, they gross me out. I asked you to soak the home and you delivered.

I have had the pleasure of using Cleardefense for a number of years now and they never cease to amaze me. For a while Brian was my normal technician. For this service I had the pleasure of meeting Thomas P. I do live in a very wooded area, and because of that I get a lot of spiders. Thomas took his time cleaning the webs off of my home and listening to my rants of how I hate spiders and was very thorough and I appreciate the professionalism that he showed. He was extremely kind and I would highly recommend using Cleardefense! ❤️

It was our good fortune to have called ClearDefense Pest Control of Rock Hill, SC when we did. We recently moved to a new house with an existing pest control company in place. Unfortunately we encountered an ant infestation that invaded not only the kitchen but home office area as well. The variety of ant included those that crawl and others in the colony that had wings & flew around inside the house. Upon contacting the pest control company who had been treating the house, to our dismay we were told it would be 3 weeks before they could send someone out and were totally unsympathetic to the problem we were experiencing. We immediately contacted ClearDefense Pest Control who treated our previous residence. They clearly understood the urgency of getting the infestation treated and scheduled a technician to come out right away. Alex Johnson the technician who was performing the service gave us a courtesy call to let us know he was on his way and would arrive at the scheduled time. We were so delighted with the service he provided. The house was inspected inside and out to determine where the source and entry point(s) were for the ants. He was so thorough during his inspection and not only uncovered the source of the one colony invading the house, but several other ant colonies on the property as well. Alex treated each and every area inside and outside the house to include the crawl space. We were very impressed with Alex’s knowledge of his trade and commitment to getting us taken care of. He is the epitome of what good customer service, and professionalism looks like. We were of course told to contact him in the coming days if the problem persists. ClearDefense is far more detailed than any other service professional we've encountered. I highly recommend them!

I called Cleardefense because I had ants roaming through my kitchen. Thomas came out and was very thorough in his work to the point he found that I had a mouse that I knew nothing about. Thank you so much!! Highly recommend this company!