General Info
Tandoi Asphalt & Sealcoating will install the highest quality hot mix asphalt pavement and STARSEAL Sealcoating materials for COMMERCIAL and Residential customers based on years of experience, pride of workmanship, integrity, and respect. This service company intends to be the most reliable paving and sealcoating company serving the Rochester Metro. As a result, Tandoi Asphalt & Sealcoating will be the paving and sealcoating company of choice for all your asphalt needs for residential and commercial customers. Family owned and operated since 1980. Family owned and operated since 1980.
Email
Email Business
Extra Phones

Services/Products
COMMERCIAL ACCOUNTS, Schedule your Asphalt & Sealcoating early. Our professional team offers expert installation and pavement maintenance. Tandoi Asphalt & Sealcoating is a service company that provides customers with solutions to a variety of asphalt needs, focusing on residential driveways and commercial parking lots. Because we use top grade asphalt products and our management team is comprised of highly knowledgeable and experienced asphalt professionals, we guarantee the workmanship of all jobs. Our one-year workmanship warranty and ongoing maintenance program is unique to Tandoi Asphalt & Sealcoating. Our specialized expertise includes basic reshaping and grading, resurfacing of driveways and parking lots, patchwork, hot-tar crack-filling, sealcoating and striping. $500 OFF ALL ASPHALT SERVICES THAT EXCEED $2500! Call and schedule your bid now! 10% OFF ALL RESIDENTIAL SERVICES!
Payment method
check, cash
Location
Our business is centrally located in the city of Rochester, serving Monroe County and surrounding areas.
Accreditation 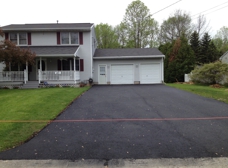 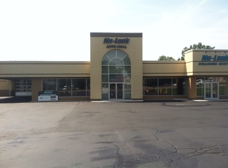 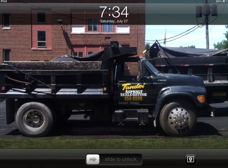 We had Tandoi put asphalt on our 2 driveways last year and they came back this year to seal them. They were great, I've already recommended them to others.

Tandoi Asphalt & Sealcoating was very good when they did our blacktop coating. I certainly would recommend them to anyone in the Rochester area.

I'm very happy with our experience working with Tandoi Asphalt. They put in a new driveway for us and the quality of work they do is excellent.

The crew at Tandoi is great, they were courteous and honest. They don't do their work haphazardly, I did a lot of research beforehand, and their work was done the correct way. I absolutely recommend them.

Tandoi Asphalt was very up front and honest with me about pricing. They gave me a few different options and even though I went with the more expensive one their prices were still competitive.

These guys are great. Driveway looks fantastic! There was an issue with it and they responded within 24hrs and made the job right, looks great!! Thanks!!

Michael and his crew did a GREAT job on my driveway, pictures posted before & after. Outstanding work. Everything was perfectly clean and neat when they left. Best price ever too! Can"t go wrong with his company. Thanks Mike.

Over the course of the years I've had quite a few companies seal my driveway. Today the crew from Tandoi did it and it has to be the best job to date. Nice thick even coat and they didn't get anything on my finished sidewalk. Can't beat the price either, I couldn't do it myself for what they charged. We'll call again next year for sure. Thanks.

With the background and knowledge and passion that goes into the work these guys do, the results prove that. I'd hire them on again and would highly recommend anyone to hire them.

Extremely high quality workmanship. Totally worked around my schedule and the crew was friendly, professional and did a great job on my twelve car driveway. Would completely recommend them.

SALVATORE Tandoi has personally bilked me of $275 for paying a season's worth of snow plowing upfront in exchange for a courtesy driveway black-topping. SALVATORE has evaded as many phone calls as he has failed to honor scheduled appointments. HE IS GOING TO SMALL CLAIMS COURT NOW. This complaint is posted on Thursday August 19, 2010 on which day he promised to show up (over the phone) three times. Now it is impossible to contact him. I will go to his place of business tomorrow, but as far as I'm concerned he is a liar and a loser. What do you think SALVATORE? Do you get a kick out of taking money from NICE older women. Your mother ought to slap you up side the head!

be very careful with the tandois,vito had over 100 judgements against him wish i would of checked that first i wouldnt be writing this now.they will tell you everything you want to here,and give you less than half, promised me a better driveway above and beyond the 10 other companys that wrote estimates,and they were not the cheapest, mike the salesman said they would put down 4 inches of blacktop until he had to write it on paper, then the best he could do was 2 1/2 to 3 inches.they also say they have 500,000.00 in equipment but could not come up with dump truck for a month there attempt at grading my driveway was a joke at best they left enough room for less than a inch of blacktop thats were they get you.this company prays on the weak and elderly,they didnt like the fact that i challenged them and said i would not except there poor quaility , the lies i heard since july 14 are endless it is now 11/3/08 still no refund but he will call in the morning and says he is on his way but never shows calls a weak later to do it all over again i have already contacted the better buisness bureau and the attorney general next is small claims court and the local media maybe we can get him some free advertising i got nothing but time, its about principal not the money anymore.