Caring Makes All The Difference 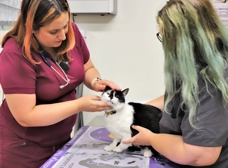 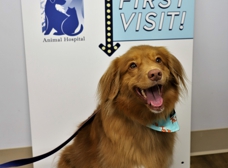 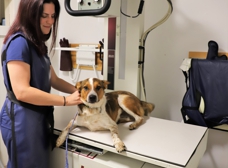 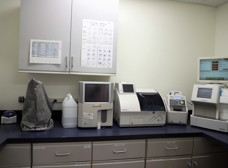 I had an unfortunate experience with the vet clinic to which I brought my cat for years (they were acquired by Emergency Vet Services, a chain). I looked up Coldwater, saw their overall 5 star ratings, called for an appointment, was seen within two days. They are kind, thorough, professional, competent, caring and fairly and competitively priced. I would recommend them highly. I have emailed with questions and staff members have emailed back and returned calls very quickly. Ashley, Melissa, Dr. Klovstad A+++ and thank you all. K. M. Glennon

I will not trust any other Vet with my dog, the staff at Coldwater Animal Hospital are the friendliest individuals.

They took our many worried phone calls and got us in right away with both! We've been clients here for many years. I completely trust everyone from the receptionist on up to the Doctors!

The doctors at Coldwater Animal Hospital have always given my pets the best care and service possible.

Coldwater Animal Hospital is very clean, odor free. It is safe there and everyone is very professional. The staff and doctors there are great.

This is a great hospital with a great staff and doctors. You will find people who will truly care about your pets here.

I've had a great experience bringing my pets to Coldwater Animal Hospital. The veterinarians are very caring, highly recommended.

This once was a good place to take my pets for veterinary care -- they really cared about the animals. But, as time has gone by my warm fuzzy feelings have given way to disgust with the gouging that seems to be going on at this facility. It's no longer about the animals, it's about how much money they can get off pet owners. My cat's insulin can be found on the web, and at two other veterinarian's offices in the area for as much as $75 per vial less than what these shysters are getting for it. They claim there is a &quot;shortage&quot; of Prozinc -- there WAS a shortage, but there is no longer one and yet they continue to charge the &quot;shortage&quot; prices, while everyone else has gone back to normal pricing.

Also, I can't get a prescription refill without bringing the cat in so they can &quot;examine&quot; him (which is ALL they do), thereby costing me the added expense of a vet's visit twice a year.

Interestingly enough, I stopped into the vet's office Monday to pick up some more insulin for my cat and later that night I got an email asking me to rate my experience with Coldwater Animal Hospital. I spoke my mind -- that I felt they were GOUGING for pet meds (specifically the insulin) and that I felt they had lost their focus on their mission of helping the animals and made it all about making money.

Today I got a certified letter telling me that they were, effectively, "firing me" as their client, and they had canceled my cat's appointment.

Clearly the truth was more than they could bear.

Specifically, they sold me Prozinc for $193 a vial. I called another vet's office only a couple of miles away and found that they were selling it at about $140. Drs. Foster and Smith was selling it for $95 plus $25 overnight shipping (it has to be kept cold) for a total of $120 plus tax. Why shouldn't I be allowed to express my perceptions of gouging without this sort of childish "payback?"

The letter said that I had made it clear that I didn't trust my doctor's recommendations -- were that the case, we wouldn't have stayed with them for the past two decades. Clearly they need/want clients who blindly obey whatever they say, and quietly accept that they have to pay through the nose for their pets' care, without questioning why they have to pay more at Coldwater than anyplace else.

But here's the thing -- now that this has happened, it has reinforced to me that they do, in fact, GOUGE for their medications. No problem -- I'll go someplace where they treat my pets, AND my money with more respect.