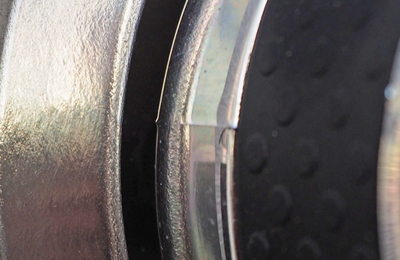 I needed warranty work done on my new refrigerator. Frigidaire sent me to Autumn, they contacted me right away and worked with me to set an appointment. Brad the service tech was very friendly and did a great job fixing my ice maker. I would definitely recommend Autumn Appliance if you need work done!

Excellent customer service. Ryan the service tech was great, best repair tech we have ever had with any company, ask for him you won't be disappointed.

I was given a 9am to 1pm appointment time the technician was running behind had given me a call he said he had a big job before mine and that he would be to my house at 1:30 I said that would be fine he got to my house to look at my LG dishwasher that had stopped working it was a bad drain pump I'm glad it was still under warranty they ordered the parts and the technician was back to my house the next Monday took him maybe 45 minutes to complete the job my dishwasher is working great thank you Autumn Appliance

I was given a 9am-1pm arrival time and the tech appeared at 1:02pm, he did not introduce himself and did not apologize for his tardiness. The tech took 5 minutes to look at my appliance, became irritated that the fridge appeared to be repaired previously, info I didn't have, we just bought this house and this info was not disclosed to me previously. The tech further informed me that this would not be completed today, especially since I needed to leave the house by 3 for another appointment. I was not told that this repair would take two house calls and I advised the tech that this information was not made available to me when I scheduled this service. The tech (Jason) became very aggressive and vulgar in my home, I requested that he leave and he snickered at me. I called the office to complain and Austin (Manager?) did not seem concerned. RUDE and DISRESPECTFUL all around call someone else!!!!

My washing machine broke down and was glad to see they had the part since i was unable to shut the water off at the source. I had to shut the water off at the main. I checked prices already to get an idea of how much my part was. They charged me five times what the part was worth! I only took it out of desperation to repair my problem. Then when paying in cash, they didn't couldn't make change. The guy scooped up the part and told me to take a ride, break my $20 bill someplace and come back!! I threw an extra $1 on the counter and payed even more for the part cause they couldn't make change. DON'T GO HERE! TOTAL RIPOFF!

Everyone likes to complain about bad service experiences and I've had my share of them. So I really appreciate it when I find someone who does it right.. The Autumn Appliance in Rochester Hills is one of those places. I brought in my front load washer to them because it was in a tight space that I knew would make it extremely difficult to work on on site (not to mention the dryer is stacked on top). They quoted a fair price, did the work in a timely matter (considering it was during the holidays and the part I needed was in short supply), and even pointed out some great tips that would keep me from needing repairs in the future. The washer now works better than new! I highly recommend them.