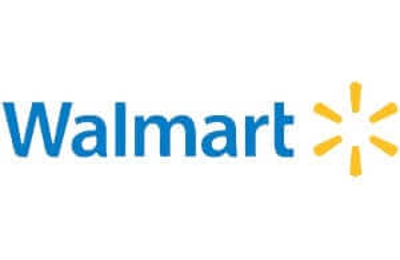 If I could give a minus 5 star I would. This Walmart is big and has a nice selection, but some of the workers there think who the Hell they are. I mean I understand that they aren't treated the best, due to corporate a**-F******, but they should never take it out on the customer, especially when some of the "customers" come to these stores are nasty thugs. My story, I was online at the electronics section with my friend. We where in back of this woman that actually asked if we saw anyone around to help her. I said, "I don't know, it's usually like this. Usually the workers are doing other jobs. (Me being nice making up an accuse for someone that later turns out to be a nasty SOB.) So after a few minutes, my friend spotted an associate and asked if there was anyone to help the lady up there. So the guy gave an attitude and the lady he was helping was a nasty b**** and snapped, "I was waiting !" So my friend said, "I'm sorry, I was just asking for help, not asking the associate to leave you." So he comes back on line with me and I heard them giving an attitude. So I asked, "Did they just both snap at you? What the Hell is their issue?" So we and the one lady waited a couple of minutes and then the cashier comes over and rings up the nasty lady and then we pointed to the lady with us and said, "She was ahead of us." She said, "It's okay, I just have a question about the computers. So we said okay, and I started to walk up to pay for one movie and this guy out of nowhere cut in front and said "I have one thing." So I said, "Yes, I only have one thing as well but I was next," so this nasty a**hole snaps, "Then do it fast!". So I sarcastically said, "Okay, thanks for your approval." So the dumb a** behind the counter said, "I'm not going to take you if you have an attitude." So I said, "Well you didn't hear what was going on." So he just gave me a stupid look and started to ring up. Then my friend waiting on the side was being stared down with a nasty ugly look from the a**hole that tried to cut me. My friend asked, "Is there something wrong?" The guy just stood there staring right in his eyes trying to act tough and said, "Your friend is slow." (WTF? is he saying I'm taking to long to check out or am I reatrted?). So I turned around and I see this and I said, "Hey, don't give anyone an attitude, cause you can't wait!" Then the a**hole behind the counter said, "Okay, I'm not ringing you up cause of your attitude!" I said, "What?! you don't see or hear any of this shit going on??" So we got into an argument and then the ASSociate started getting very very nasty and was walking away from the counter ignoring everyone. So I slammed my hand on the counter and yelled, "Hey boy, whats your problem? Just ring me up and don't give me an ATTITUDE! I just want to pay for the movie and leave this place and never comeback!" So then he says, "Your crazy, I'm calling the manager!" So I responded, "What the Hell is your manager going to do? Just do your job and were gone!" So he ignores me and my friend and gives me a very nasty look as he calls for the manager, so I said, "Screw you, your not getting my business, go f*** yourself." and we both put down the movie and walked out.
Horrible Horrible experience, being bullied on both sides by a scumbag customer and a scumbag associate.
I REALLY WANT THIS REVIEW TO BE SEEN!
IF IT HELPS THE DATE WAS SUNDAY OCTOBER 23, 2016 AROUND 1600 HOURS. SO WHOEVER THE GUY WITH THE GLASSES WORKING AT THE ELECTRONICS SECTION COUNTER SHOULD BE FIRED. HE IS NASTY AND THINKS HE CAN TERAT PEOPLE ANY WAY HE WANTS! HE DOES NOT REPRESENT THE STORE IN A GOOD WAY AND SHOULD HONESTLY NEVER HAVE A JOB THAT DEALS WITH PEOPLE! BECAUSE OF HIM AND HIS SCUMBAG CUSTOMERS I AM TELLING EVERYONE I KNOW TO STAY AWAY FROM THIS WALMART AND DO NOT GIVE THEM BUSINESS! I HOPE THIS REVIEW HELPS PEOPLE THAT DON'T LIKE BEING TREATED LIKE SECOND CLASS, AND NOT GIVE BUSINESS IN THIS LOCATION. ASSOCIATES LIKE THIS ARE BAD FOR BUSINESS!