General Info
Welcome to J & C Transmission Shop. We stand by the fact that customer satisfaction is our # 1 goal. We offer services in complete computer transmission diagnostics, complete transmission maintenance, service & transmission flush.. We work with all vehicles from computerized to automatic & manuel transmissions. We also do work with extended warranties. call us today for your free diagnosis. It will be our pleasure to get your vehicle back on the road running better than ever.
BBB Rating
A
BBB Rating and Accreditation information may be delayed up to a week.
Hours
Regular Hours
Extra Phones 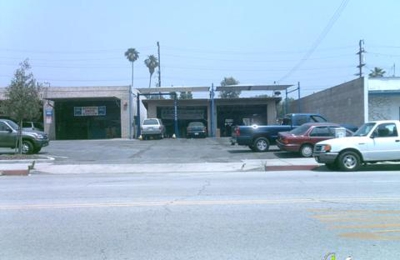 Rolman and Richard were courteous, honest, and knowledgeable. Rolman is skilled and precise with transmissions, Allison's. He explained everything about the problems and what he needed to do ,every part of the way, as well as Richard. Excellent service, responsible, honest, and wastes no time. We are happy with the results and will continue to take our truck there in the future. This shop is run well, don't go anywhere else.

I did a Google search and J&C came up with 5 stars. I gave the number to Tim and he called them and talked with Rolman. Tim and Rolman discussed the potential issue and between the two of them made arrangement to take care of my issues. I dropped my car off and 4 hours later I got a call from Rolman, the Trooper was ready to pick up.

At zero cost to me and I mean Zippo! Nadda!! NOTHING! Tim’s Transmission and J&C (who didn’t even have any responsibility to my issue) corrected the matter and got me back on my way. WOW this is almost not heard of in this day and age. Tim thanks again you’re a man of great integrity and to you; Rolman and J&C “Mucho Gracias” you have a top notch shop.

Wow, Rolman is a maestro in a transmission. I had a throw out bearing go, I took my jeep to him, and he got me quality American made parts, a nice new clutch plate, a new clutch assembly, and a new shifter grommet for my jeep, and a tranny fluid flush/replacement and installed all for under 700 bucks. She shifts like a dream now. You'd be foolish to go anywhere else if you are close to Redlands. I knew the problem and relayed it "those guys on the other side of the highway" and they quoted me at 1200 to start. Roman and his employees are efficient, ethical, experts. I dropped it off on a Thursday afternoon and picked it up on Saturday morning. I couldn't have found better if I tried. I got lucky and saw his shop sign from the highway, read his Google reviews, and gave him a shot and am very happy I did. A true professional.

A friend Referred me because my transmission was throwing a code and the transmission would go into limp mode which is when the transmission is stuck in 3rd gear and after 2 other transmission shops couldn't fix my problem and told me that is was in the wiring took it to J & C they took care of the problem after trying a couple normal problems that throws the code and figured out the valve body was bad fixed it and I haven't had a problem since this is all on a 2001 chevy silverado 1500. I would recommend this shop to anyone with a transmission issue because I will be coming back to them

My brother referred me to this shop. For almost a year I have had trouble with my 1999 S-10 Blazer 4WD. A grinding gear noise when the trans was under any type of strain, i.e. mountain driving, 3000 rpm acceleration, speeds over 65-75mph. No one could diagnose the problem. Just one day at Roman's and problem was found. Another mechanic that had replaced my head gasket and performed a valve job, in Feb. 2013, had reattached a vacuum line directly to the 4WD actuator, (which activates the part-time gear to engage the 4WD), rather than to the 4WD switcher. So my car was trying to engage the 4WD when under stress!!! The grinding noise was the part-time gear trying to lock in the 4WD. (He gave me the gear, it was all chewed up.) The only reason it wasn't doing it all the time, was because the actuator diaphragm had a small tear in it, so it wasn't working until there was enough vacuum created by putting my car under those stresses I mentioned above. So, after Roman installed a new vacuum actuator, new part-time gear, new spider gear, new carrier bearings, new transfer case switch, new input shaft transfer case seal, new front deferential case seals, and all the fluids needed it runs great! I've alread tested it in the mountains. No problems. Thank you so much, Roman!! I will refer all my friends!

This shop was referred to me by my best friend who is very cheap so I was skeptical. The shop is a type A's dream. So clean !!!!! I own a found on road DEAD 08 edge AWD. I AM A stickler for service but poor design is poor design. I brought my car in because it was leaking oil. The transfer case axel seal was the culprit. My regular service guy had overfilled it. Roman replaced the seal and two weeks later fluid was blowing out the case vent. I brought it back. Roman did some research and there is no real way to totally remove all the fluid because there is no drain plug. Ford has no scheduled maintenance for the PTU SO THY JUST BLOW UP I had fluid vacuumed out. Usually you just fill them to the bottom of the fill whole. Not! Thy only get 16 oz. Roman removed the unit on his dime and time drilled a drain hole for me filled the unit up and installed a hose on the vent and piped it to the engine compartment like thy do on awd vehicles that traverse water. No more leaks this shop is AAA rated by me 10 stars