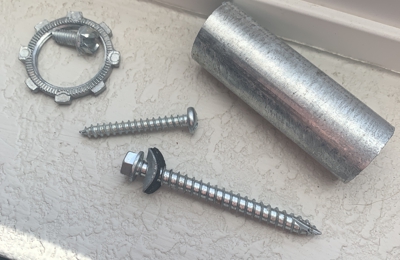 Great sales team and installers. Even with COVID going on, they still came and installed. Just need city inspection and we will be solar in no time!

dealing with Solcius was so easy, and hassle free!! we kept getting told by friends who got panels to stay on top of the company you go with because they take forever, but that was not the case at all. solcius took care of EVERYTHING for us and always informed us of updates by email. they seriously made life easy for us when switching to panels im so happy we went with them!!!

Fast and professional. Set the system up and it works great. Getting the Kwh as advertised for the past 2.5 years.

Everything good so far, havent had any issues with the panels, except for pigeons, wish they warn you about that. had to get the panels meshed wired on the sides.

Great service so far, installation was done on time a d within the timeframe they stated. Customer service was responsive and answered all my questions. I didnt have any paint to match the house paint so they purchased some and came back to paint the conduit to match which was great. Install looks professional.

Eduardo explained everything very well before deciding to purchase, all employees were very efficient and professional. System was installed and running quicker than expected.

It took months for the company to schedule for my install despite me calling several times to set it up (leaving my phone number each time). I finally called a rep from another company to get in touch with Solcius and when they finally called me they said they “didn’t have the correct phone number” and couldn’t set up my install until 2020 and would call me once the 2020 schedule was made. I contacted the rep I had worked with and his manager called Solcius and magically they called and said they would install in 2019. The installers were nice enough and worked in the snow to get the install started. They had to come back 2 days later bc it became too cold for them on the initial day. I wasn’t home when they worked the 2nd day which was fine, but I came home to find screws, pieces of metal pipes, other trash in my driveway. Unfortunately, I didn’t notice the screws until one had already gone into my SUV tire. Overall, I’m psyched to have solar panels, but the process was not enjoyable and the company has some areas for improvement.

These people are very professional, punctual and overall the best. They called to set up my appointment and arrived exactly at the time that they said that they would. They also gave me a time that they would complete the job and they came through, as well. Very good company.

Excellent customer service.
The panels are all black and good quality.
I recommend to get solar with this company.

Recommended by a friend. Contacted them and the process was very and easy and quick. Panels were installed in a few hours.

Solcius has made the process very easy and simple for us. We are still in the process of getting our system running but so far so good.

Very courteous and efficient. They walked me through the whole process and the install was done fast!

Overall a good experience. We had a lot of questions throughout the whole process and they were always answered promptly. We had to have someone replace the drywall where our electrical panel is and that was done within a week. Installers were very nice and helpful. Solcius kept in touch with phone calls and emails to update us on where we were with the steps to get the panels producing. Our only concern now is that we don’t have enough panels for our current air conditioning use. Seems like we are using more power per day the we produce in a day. We don’t want to end up having an electric bill on top of paying for the panels. We are still learning though so I could be wrong. Great company with great customer service!

I spent $31,000 for 23 panels. These guys promised 2 incentives for selecting their services. The first incentive a 2 camera in home security system parts and labor at no cost to me. Secondly I drive an electric vehicle and was promised an vehicle charging station parts and labor at no cost. Once the solar panel work was completed and turned on I never heard from these Jokers again. I have reached out and left several phone messages. No one answers the calls and no one returns the messages. I am thoroughly disappointed in my selecting this company. They make promises they do not deliver upon and once they have your money they don't care about you at all. Just BAD Business.

Incredible experience. Trace Decker, the salesperson, did an outstanding job in explaining the product and the associated benefits. The process was easy and just as he described. Very happy with my choice.

System was installed clean and looks great. Customer Service has been a pleasure to deal with. Overall great experience.

So far so good. It has been a great experience thus far! Very happy with the customer service and sales people. Not push at all and everyone is very informative!

It was great working with this company. Very professional and they offer a great product at a great price.

From sales to installation, everything has been a great experience. Only one small snafu, different model number for the panels then what was submitted on the permit. That was quickly resolved, now just waiting for the power company to do their thing.