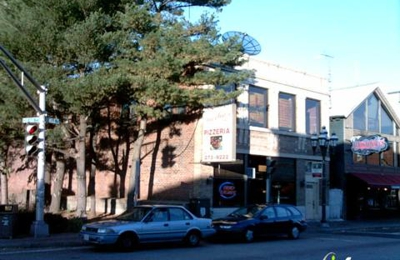 Home of the Famous Stuffed Pizza

General Info
Sicilia's Pizzeria Uses the Finest Ingredients to Make Delicious Authentic Italian Styled Pizza. Our Famous Stuffed Pizza, Regular Crust and Crispy Thin Pizza. In Addition, Sicilia's Has Food For The Whole Family, Appetizers, Soups, Salads, Antipasto, Calzones, Pasta, Seafood And Much More. Located In The Heart Of Providence's Italian District On Atwells Avenue In What Is Known As Federal Hill, Sicilia's Has Been In Business For Over 20 Years. Customers Keep Coming Back For More! Open From 10:00am To 2:00am 7 Days A Week. Sicilia's is There to Serve Its Customers with the Best That Providence Has to Offer. Sicilia's Pizzeria - Winner of Best of City Search for 2006 and 2007
Hours
Regular Hours
Services/Products
Catering
Brands
Absolut
Payment method
debit, paypal, cash, all major credit cards
Price Range
$
Location
On the Corner of Atwells Avenue & Dean Street Providence, RI
Neighborhood
Federal Hill
Amenities
Atmosphere: Family
Languages
English, Spanish
Other Link

I ordered a chicken parm sub, delivery took an hour. when the driver got to me he did not have any change at all, I had a $20 for a $10.18 order. He wanted me to wait another 20 minutes while he went back for change, by that point the sub would be ice cold. I told him to just forget it I did not want a cold sub

Wow, I cant believe everyone else here has such bad things to say. Myself and lots of my friends enjoy Sicilia's often and never had a problem. Dont let the bad reviews here sway you, they seem a little biased. Like myself, but thats because the place makes me happy

We ordered from you August 18th.

The pizza was decent, the calzone had close to no cheese in it. You charged for your free delivery. Charged because we used a credit card. Charged twice the price you gave on the phone for desert and were extremely rude to us on the phone saying you didn't care, you didn't need us as customers and that we were wasting your time.

This place was suggested by the hotel manager who called for us to ask about the "free" delivery. The owner said the manager lied when we were standing right there while he called.

On aug 18 around 1:14pm I placed a order buffalo wings wit fries and was told 45 mins and and hour later I realized that my order would never arrive. This by far worst service I recieved.

We're new to RI and, because of the weather decided not to go out for News Years Eve ( just last night) and order in. This place was close by and their web site and menu selections attracted us. Our tab, including delviery charge and tip was, $48.00 for two. The service was courtious and prompt, so prior to tasting the food we thought we had made a good choice. You know, maybe we should have been tipped off that all was not well when they called to tell us that they were out of scallops and they wanted to give us &quot;clam strips&quot; instead. Since we not in the mood for deep-fried rubber bands we asked for additional shrimp.

Okay, okay...bottom line...we would have paid extra for pre-chewed gum!! We know that when ordering delivered food we have to lower our expecations somewhat but what was delivered to us almost uneatable. I have'nt a clue as to why any resturant would allow such swill out of their kitchen!!! This stuff certainly was not freshly made. It must have been in steam tables hour hours. Some one in the kitchen must have thought that adding (&amp; adding) salt would some how improve the flavor...it worked not!

You have been put on notice...stay away from Sicilia's in droves.

My boyfriend and I ordered from Sicilia's hoping to enjoy a nice, delivered meal. When he bit into his last slice, however, he bit into a piece of CHEWED GUM. The manager/owner would not listen to our complaint and actually accused us of chewing the gum and putting it on the pizza. Their customer service stinks and this restaurant is CLEARLY not up to health standards.

Loved this place until I got a piece of chewed gum added to my order, under the cheese. Called to complain and was told by management that I was trying to get myself a free $13 pizza. Stay away from these guys unless you don't mind sampling whatever extras they feel like adding to their product.

To the person who said ""this is true Chicago style, cut into squares not slices"" I realize that there are many places here in in Chicago that cut their pizzas in squares, but that is NOT ""Chicago style"" pizza. Chicago style is known as ""deep dish"", and it is cut into triangles. The pizza cut into squares is actually credited to St. Louis style pizza (or provel pizza) and it was invented by a man who layed floor tiles for a living. Saw that on a History Channel show about pizza. Chicago does have some pretty good thin crust (or flat pizzas), but it's not ""Chicago style"". If you want thin crust pizza, I mean really GOOD thin crust pizzas, you go to New Haven,. Phillly, New York, St Louis, or Milwaukee who has the unique ""cracker crust"" pizza baked on square cookie sheets. There is a place outside Milwaukee called Wells Brothers. It advertises the 'best thin crust pizza in the world"" and boy do they deliver!

06/16/2008 Posted by sushiosoyum
The worst customer service. I live 9 blocks away from Sicilia and it takes well over an hour every time to deliver food.""

You live 9 blocks away and you need a delivery?
If you knew you had to wait two hours, after the fifth time, go get it yourself, slacker.

Save some ozone and eat there. It's all about you, dude.

pretty good pizza i had spent a vacation in providence/boston for a week recently and really like this place. try the veggie large crust!!

Sicilia always fills my craving for deep dish pizza, though it's not quite a trip to Chicago... The crust could be a bit more flavorful, as could the pizza itself. I found it to be a bit too doughy, and I wanted the sauce, sausage and cheese to be more powerful to hold up to the crust. Nonetheless, i motored through the pizza and loved every bite. I wish the restaurant had been more busy, and I wish the salad were better than just iceburg lettuce, but I know I'll be going back.Service was friendly and efficient.

Sicilia pizzeria is worse then dominio's. The pizza is doughy and the service is horriable. I am from New York and nothing can beat NYC pizza in america. Plus delivery time for sicilias is an hour and a half they might say 45 minutes but they dont show up.

If you ever go to Rhode Island, you must visit this restaraunt. The sicillian Pizza is so amazing, there is nothing else like it. If you like cheese this is the Pizza for you. It is completley stuffed with cheese and the sauce is delicious. Sicilia's Pizza makes me miss Providence when I'm hungry.

Pizza doesnt get much better than this. Take it from the top of the top of pizza lovers, sicilias is by far the best in new england and possibly the country, atleast from what i've experienced. Go see for yourself!! Don't worry i wont let you down!

Although they have a good menu selection and convenient hours, the food is not what it could be. I've been there several times to eat in and take out. The Stuffed pizza has never been cooked fully. The top layer of dough is usually raw.
The sandwiches are scimpy and often they miss 1 or more of the ingrediants that are suppossed to be on them. The dinning room service is terrible. The regular crust pizza often time is a bit doughy. The only thing that comes out half way decent is the thin crust.

By far the best pizza in Providence. This is great Chicago style pizza, with authentic flavor and look of Chicago's pizza, round pizza, cut in squares, not triangle like greasy New York style. I need this pizza at least 3 days a week.

i was very disappointed with this pizza. it was hard as a rock. the waitress did not listen to our order she just gave us what she wanted to. i asked for a regular pizza and got one with a crust that was like a cracker.

the best pizza in the world!!!!!!!! come eat here and you will never eat at any other pizza restaurant.