General Info
LKQ offers an extensive nationwide inventory of recycled OE automotive and truck parts. LKQ stocks more clean high-quality recycled OE auto parts than any other auto parts company. All parts are carefully dismantled in one of LKQ's state-of-the-art dismantling plants. LKQ buys used and total loss salvage vehicles from auctions and direct from insurers, manufacturers, fleets and individuals. Many are collision-damaged, but still have usable, unaffected parts which LKQ then inspects, dismantles, cleans and tests. LKQ focuses on late model, low mileage vehicles that represent the vehicle population currently on the road, including both foreign and domestic vehicles. Buying auto parts from LKQ means you're getting inexpensive, original fit and function, recycled auto parts. Plus, recycling auto parts is better for the environment.
Hours
Regular Hours
Extra Phones 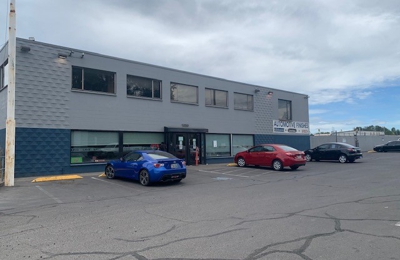 bought an engine. took 7 weeks of harassing them to pick up their core, finally they told me to scrap it. still waiting for my core refund (3 weeks). hold times regularly exceed 15-20 minutes. no follow through what so ever period. no call backs when promised. nothing. as a business owner myself, i would expect better service. with customer service/relations this poor, you would assume this business is government run.

I have been a customer for over 25 years and to this day I have not been disappointed or unsatisfied I had bought a engine from them and it did not work out for me after two weeks of driving I took it back to them and they ordered another one and runs great! You have to realize that these parts are used so all are not perfect but when I did have problem with one of their used parts they rectified the problem in a timely manner, I can say I've always have and will be a loyal customer!

Sold me wrong door glass. I clearly asked in two languages what door glass I needed and still got wrong glass. Wanted to put it on my truck over the weekend. Now weekend will be over and truck will be without glass one more week. When I will go back to get my money back I bet you they will blame me. Will not buy from them again. Plenty of other yards to buy at here in Portland.

Seems like they got it all. Prices aren't too bad either. Kinda hard to call in at times but i found emailing to work real good.
I was down there yesterday pickin up my parts and didnt have any problems. The guy just emails my receipt and that was that.
If you want to use the same guy its khkiplinger@lkqcorp com
Hes a smart@ss but i get what i need everytime.

To all car builders and car parts sales people. I've been building & rebuilding cars in my business since 1985. I must say I MISS THE DAYS OF GOING TO THE WRECKING YARD, PAYING, AND PICKING UP THE PARTS AND THE HOTLINE (where did that go?). It must be that the big corps. bought all the yards. Well I do primarily old cars & hot rods but recently, through my church, I was asked to help 2 different members to help repair their newer cars from accidents. LKQ was the business that had all the parts. 1 stop shopping. This was a big lesson for me. As I strip the cars there was a lot of plastic parts broken and many reasons why I like doing old cars. First & foremost I dealt with a young man back by the tires that was a lifesaver. He made this whole experience a true blessing and a good lesson. Both rigs were considered totals by insurance standards. Both rigs ended up being great drivers for their owners, and my wages were covered. I just kept thinking about the 1 guy iin the back that was so helpful. Sometimes it's hard to understand how huge companies can exist with all the processes and procedures. But the one very helpful young man in the back, made it work for me. Signed the maker of hotrods & racecars!

In my experience they treat their walk-in customers like garbage. I went to the back where the tires and batteries are and asked an employee if a nice newer battery that was sitting on the counter was for sale and was told yes so I lugged it over to the checkout. I was then told that I needed to go back and get an invoice for it. I left it sitting by the checkout, went to my car and hauled my core battery to the back counter and stood in line. While waiting I was asked by an older indian man if I thought the truck tire he was buying looked like a good deal. The tire looked pretty old and dry rotted was priced at $40 and I told him how to locate the manufacture date on the tire. Well this must have irked the manager at the back counter (let's call him ""Chip"" because of the giant chip on his shoulder) who took on an hawkish attitude toward me because I had the audacity to converse with another customer and put his sale into peril (the man bought the tire anyway). When I asked for an invoice for the battery Chip said that the battery was for a ""special"" customer who said they were coming to pick it up. Since it was only 15 minutes before closing I asked if I could wait to see if they showed up. He said no (apparently he cherry picked this battery to keep it for himself). So I picked out an older battery and asked if he would give me an invoice for it. In a lecturing tone he said he would give me an invoice for it only if I walked back to the check out and carried the old battery back to him (I have a medical knee problem that's aggravated by carrying heavy objects). I asked him why he was treating me in a such a condescending way when I was told by their employee that the battery was for sale and was not trying to violate their protocol. Chip then proceeded to lectured me that the employee I talked to had no authority and he was the ""man"". I then finally realized that Chip was one of those people you cannot reason with so I just left my core battery sitting there and left with nothing. Needless to say I will never go back and recommend others to stay away from this business who has no concept of the value of a customer.

I needed a tail light assembly for a 2002 Chrysler Town & Country. List price from dealer was about $250. Called
Foster Auto Parts on a Friday afternoon and they quoted me $65 for a Monday pickup so I gave them a credit card number. Monday morning about 9:30am I drove over to the will-call building as directed. I walked into the building and 10 minutes later I walked out with a replacement assembly.
Great service and terrific price.

I've noticed that anyone & everyone always remembers the bad things that happen in their day. Never any of the good. I see alot of upset people on this forum of reviews so im sharing a positive experience.

I called and ordered a shifter for my Mercedes and paid for it by phone. Came down the next day and to find my order wasn't on time as I expected. Naturally, I was upset at first (assuming i waisted my day).

I talked with Kip at the counter, he figured out the confusion and made it right. UPS'd the part next day to my home.

I call Kip whenever I need anything else and its always a smooth transaction. Theres plenty of crappy wrecking yards out there. These guys know whats up.

This is the worst experience I have ever had at an auto parts store. Horrible customer service and they really need to stream line their process.
So, I get to this place and stand in a long line to ask about a part I had ordered. The sales guy gives me an invoice and tells me to go to the next building over to will call. Then I walk about a block to get to will call and stand in another long line. When I finally get to the desk the guy there says I need to go back to the cashier in the other building... another long line. Then back to will call and the end of the line again. I finally get to the desk again and the part they ordered was the wrong part! Guess what? I have to go back to the cashier and stand in line again to get a refund! No one asked me if I wanted them to order the correct part - just told to go get a refund. This happened to the 2 people in front of me as well.

I purchased a set of trim panels and window regulators for my 2008 Mazda 3 to upgrade it to power windows and locks.

After doing some research on various mazda forums I discovered that my car was already wired for it I just needed the harnesses, regulators and lock actuators out of the doors, the keyless module in the roof and the transmitter key fob.

I called around several places with no luck but then I found Foster Auto Parts and told the salesperson exacly what I needed to make this work and he was able to tell right away that he had a car that had the same options and was able to supply everything but the keyless remote which I had to buy new through the dealer.

After agreeing on the price, I paid for it with my credit card and he told me that I could pick up the parts the next day because they needed some time to get the order pulled from the donor car. When I went in the parts were all just what I expected and 2 weeks later my car now has power windows!

This would have not been possible without used parts as trying to put this together through the Mazda dealer would have been way out of my budget.

I would recommend Foster Auto Parts as a great place to save money on replacement parts.

I just needed a replacement cd changer. They told me that they had one. I picked that one up. Turns out it was the completely wrong part. When I took it back to exchange it, they were confused as to why and proceeded to order the exact same wrong part. I again exchanged it. I took in the cd changer from my car so they could see what I needed.

So this time I told them my exact make, model, year and said it had to be from that type of car since they couldn't seem to get it right after 5 tries. This time they told me they didn't have the part in their inventory, but could order it from Texas for an extra $60! They wouldn't even credit me with the fact that because of them and their mistakes, I had driven there 6 times - using my time and gas money. So I ordered this part.

Now - here's the kicker! When I received finally the correct part, the cd changer was BROKEN! They ordered a broken part for me and charged me $60 more for it! When we went back to get a refund, that's all they would do is give a refund and a "sorry". Nothing else.

This place is no good with their inventory and can't keep track of what parts actually match your car and won't make up for their mistakes.

Oregon & A to Z Auto Wrecking