WE CATER TO YOUR FEELINGS. PINE ISLAND & BROWARD.

General Info
"Our team is dedicated to making your visits and your teeth perfect." Don?t wait any longer. Schedule your next appointment today. We?ll make sure you leave with a smile. We offer general dentistry, implants, teeth whitening and cosmetic dentistry. Call us today!
Business History
Why Choose Us: Dr. Gorfinkel offers quality dentistry at an affordable price. His office is located conveniently near you, and appointments can be made to fit your schedule ... weekdays, evenings or Saturdays. Dr. Gorfinkel wants you to leave his office with a bigger and brighter smile than you came in with. You can count on quality service in a relaxing environment! Dr. Gorfinkel's office is convenient. He is located in Plantation Florida, a short drive from anywhere in Broward, Dade or Palm Beach counties. Dr. Gorfinkel's facilities are comfortable and state-of-the-art, with onsite x-rays (digital radiography) and intra-oral cameras in every room.
Logo 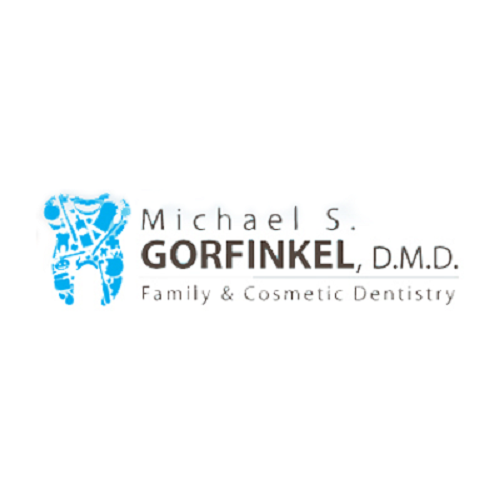 My family and I have been coming to Dr G for over 10 years now and we are very happy. He has a great bedside manor and is very gentle. The office is beautiful and clean. The staff is great too. They have all been with Dr G for many years

which says a lot!!

With a fear of dentist, I have never felt so at ease while normal drilling or poking is going on in my mouth as I have with Dr. Gorfinkel. He was extremely gentle and caring as my fear grew with the thought of the picking. He progressed though the procedure as I became comfortable with each explanation. Thank you!

I have seen Dr G for about 20 years and I could not be happier. The staff, the atmosphere, and the quality of service are all excellent. Every time I see them it feels like family.

Dr. Gorfinkel is without a doubt the best dentist I've ever had. My entire family goes to his office for all of our dental needs. Very professional environment along with a top notched staff. Clean office, very detailed oriented practice. He was able to help me during a very tough period of my life with my dental care and I've been happy ever since. I would recommend him to anyone and everyone I meet.

Dr. Gorfinkel sees my whole family. He is wonderful for all ages. My 4 year old son loves him. I was very nervous at first but he is patient with me. & now I'm so happy with my smile. Thanks to him. The office staff was very helpful throughout my entire treatment.

Finding a dentist for me was very difficult I was afraid, I needed a lot of work done and didn't know who to trust. From Day 1 to 3 years later every single person on the staff at Dr. Gorfinkel has always been pleasant, nice, compassionate, and understanding. The service I received there is beyond exceptional. All four of my children and My husband see Dr. Gorfinkel. This is a practice that treats you like family with lots of care.

I went to Dentist Michael S. Gorfinkel, on 9/5/2014, and as soon as I entered the office I told Terri and Sharon who work in his front office, and also told his assistant Maureen (even before she started any work on my mouth that I got my dental insurance thru the Marketplace (Obama care), and thus I only wanted the x-rays and cleaning that are covered 100% by Humana as per their brochure, And they all said that if that's what you want that's what you shall get. Today I get a claim receipt from Humana for this one dental visit to Dentist Michael S. Gorfinkel where he billed $410.00 and Humana paid all but $250.00 for services rendered by the dentist that aren't covered, by my dental insurance, when I called Humana to find out why I was billed anything as all the dental office did was take X-rays and a cleaning that was what I asked for that was covered 100% by Humana, I was told by Humana that the dentist provided services that weren't covered and that they trust the honesty and integrity of their in network dentist which Dentist Michael S. Gorfinkel is. .They wouldn't tell me what those services were. Nor would the dentist office tell me what services they provided that weren't covered 100% by Humana. I was sitting in the dentist chair, I was there. All they did was a cleaning and x-rays. They did what I originally asked for, the cleaning and x-rays that Humana pays 100% coverage. since the Dentist Michael Gorfinkel seems to be into extorting money from his and Humana's clients, I have contacted the Florida Dept. of Financial Services, Florida's Insurance Commissioner's office, the CEO of Humana Inc., Florida Dept. Of Health as well as the media(having worked in it, after all there are reasons for undercover broadcast and print news investigations), to investigate with documentation about dentist Michael S. Gorfinkel. I want to know if a dentist and a dental insurance company have the right to charge a patient for providing only services that are suppose to be 100% covered by the insurance company, especially before any work was done I told his front office staff and his assistant, that was the only things done as to what was 100% covered. I want the above mentioned government offices and the media to see if Dentist Michael S. Gorfinkel and Humana insurance could be guilty of possible extortion.