A different kind of furniture store 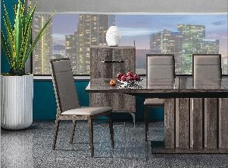 We walked in and was a nice surprise for the attention that the sales associate, the gentleman JEFF APPLE gave us, very proffesional, also would like to say thanks to the customer services guys.

We definetly will come back.