General Info
Problem credit? No problem! INVENTORY!!! We are a reputable wholesale/retail dealer that has been in business since 1987. We offer low transport fees, extended warranties and special financing. Our low overhead keeps our prices competitive & our unique customer service will keep you coming back! Let Auto Merchants Inc. show you how easy it is to buy a quality used car in Plano. We believe fair prices, superior service, and treating customers right leads to satisfied repeat buyers. Our friendly and knowledgeable sales staff is here to help you find the car you deserve, priced to fit your budget. Call us at 469-429-4008 or toll-free at 866-967-6955. All of our vehicles have CLEAR titles! Please call to ensure availability. We accept Air Check vouchers! Se habla español!
BBB Rating
A
BBB Rating and Accreditation information may be delayed up to a week.
BBB Accredited businesses follow the BBB Code of Business Practices and pay a fee for accreditation review and monitoring. Accreditation is not a BBB endorsement or evaluation of the business’ product quality or competency in performing services. 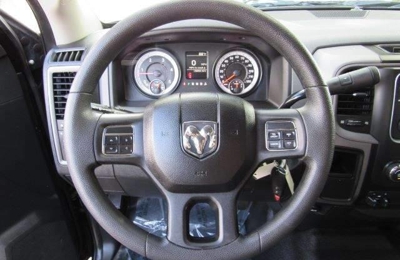 I can't lavish enough praise on these folks. I've only been there twice but on both occasions for minor issues, but I have been impressed with both their competence and their honesty.

I went to this place based off of reviews and ratings and was very pleased. I did not have an appointment for my car, but the staff made time to look at it and do a free diagnostic. I was really pleased with their advice and attention, and I will definitely come back here!

I came to Auto Merchants when I saw a newer red Mustang in their parking lot. I stopped to see if it was for sale, and turns out someone had just traded it in. I have had my eye on this model for years but never took the plunge to buy. Sid and the guys were awesome to work with, and really made me an offer that I just could not refuse.

This place really is the best!! They take such wonderful care of the customers and their cars.

Found my new local shop, great hours too, since I work 8-5 M-F. Signed up to write this review because I appreciate it when people are good at what they do.

Super nice and very helpful. They really go above and beyond to help out there customers.

I had a great experience from Auto Merchants. They were very truthful and knowledgeable about the car we bought. They pointed out some things I would have never noticed that were missing and had already ordered them. And when the parts came in he called me, just like he said he would. I never expected to get this kind of service from a used car lot!

I went here last weekend to buy my first new car, and was pleasantly surprised by how different my experience was from what I thought it would be. The salesman I was working with was the complete opposite of the sleazy car salesmen stereotype. I took a friend with me for support, and he was open to answering both of our questions. I drove away in my 2008 Mazda, just a couple hours after my test drive, and I love it! I received great customer service, and I really feel like I got the best deal possible.

The salesman that I worked with was very friendly and helpful with my purchase. I would absolutely recommend Auto Merchants to my friends and family.

These guys went above and beyond and delivered me some outstanding service. I got a great deal on my used Lexus. I had looked up and down the state to find this exact car and it turns out they had one in mint condition at Auto Merchants. The car had low mileage and one of the sales guys even came in on his day off, Sunday, to work a deal with me.

Our salesman was very knowledgeable about the car we bought from Auto Merchants. He pointed out some things I would have never noticed that were missing and had already ordered them (such as a new owners manual). And when the items were in I was called, just like he said he would. I never expected to get this kind of service from a used car lot!

I had been looking for a nice BMW 3 series for a while. I found the sales guys at the two big dealerships to be a bit aggressive and their pricing was high. I had a lot of patience, but the dealership guys constantly hounded me. I wanted private pricing anyway, but was hard to coordinate with private sellers, but I was having a hard time ever getting one, either it would be gone by the time I got there or the car would be in crap condition. I found Auto Merchants by searching on auto trader, I visited him and there was no pressure at all and he had several 3 series in stock. Nothing was quite what I was looking for, but I started checking back, and he gets a lot of BMW's every week. Something new, after about a month I ended up getting a 528, which was at a price that was only a little more than what I had planned to spend on the three. They do seem to get very busy on the weekends, so I would go in during the week. His pricing is great, I did not use his financing I got my own through the Credit Union. He seems to have a few mercedes and Volvos around too. Sid was my sales guy, I would use him again, he seems to be very laid back opposite of the dealership. I don't know how much hand holding he will do if that is your thing.

I bought my car from them about a month ago and am very satisfied with it! I asked them to hold the car and they did just that! He told me I had three days because there was another buyer interested but since I had contacted him first, he would give me first dibs on the car. They worked with my time schedule since I had to work and was able to handle all of my business during my lunch break. The only thing was that the car had no floor mats and they simply ordered me some more with no hassle. They are straight forward with no pressure and helped out with financing. I would recommend them!