Our Reputation Is Built On Your Recommendation

General Info
If you?re looking for a heating and cooling expert, we?re here to help. Keeping your H.V.A.C. systems in working order should be worry free, and should never be hassle. We have expert specialists to take care of all your H.V.A.C. needs. We are equipped to handle your routine maintenance and emergency repairs, so you're never left out in the cold-- or the heat. If you need air conditioning installation or repairs, heating system maintenance or someone to assess your indoor air quality, we have a specialist that can help. Contact us today to put your H.V.A.C. issues behind you.
Hours
Regular Hours
Logo 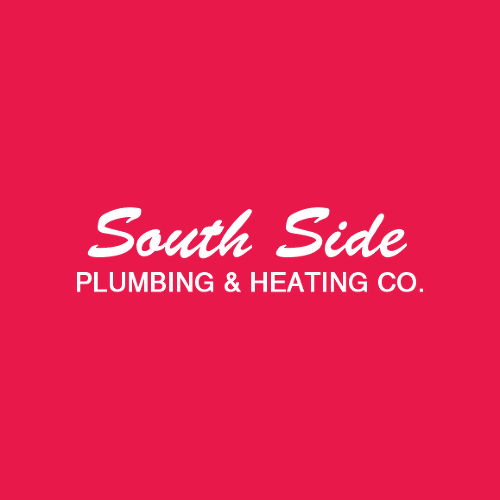 The first guy from Southside Plumbing they sent out seemed to know what he was doing, but when my part came in, and the second guy came out - he first told me that he was told he just needed to replace the part. I informed him that I needed the gas line for the pilot line replaced and the igniter checked out, he informed me he had no paperwork from the initial service call. He cut the old tubing, that was leaking, and used it to make a shoddy line connection to the pilot and igniter, dumb me I assumed they would use a new piece of tubing. Then he had me come down and look to see that he was getting any kind of spark from the furnace or any kind of gas, and without the wiring diagram he couldn't figure out what the 24v line was, thought that was strange I can use a volt meter, but I don't get paid $120 an hour either. He told me he would have to go back to the shop, and they would be in touch. I waited several days and contacted them, they informed me that they technician says I need to buy a new furnace because mine is almost 30 years old. I was shocked, because the furnace had worked perfectly last winter and on the initial service call told everything looked good. So I went down turned on the power and the gas and set the thermostat, it lighted up perfectly and worked just like it always had. Then I assumed that maybe this technician didn't turn on the power or the gas when he showed me nothing was working, I told him when he came in they were both off and showed him how to turn them on. I was very angry at this point, because they were obviously trying to sell me a new furnace, so I called them back told them it was working fine and didn't appreciate the fact that the technician was obviously not aware how to work on a furnace or was trying to mislead me. I told them I still expected the pilot light gas line to be replaced properly, and the igniter still needed to be adjusted or replaced - they told me a technician would be in touch with me. I finally got in touch with the gentleman returning my call, I guess the owner, he asked me if I was certified to work on furnaces, I told him no, he said that means I don’t know anything then and have no right to tell them how to do their job! He told me that he hires only the best technicians, I inquired how come he can't use a volt meter, or figure out how to turn the gas valve on. He told me that since they can’t find a wiring diagram for my furnace, the manufacturer doesn't offer them anymore, and therefore it is unsafe to use and he will not guarantee any of the work done on it. He would replace the pilot gas line tubing on his dime, but any other work would be priced heavily and without any guarantee of my safety. That is what I call good customer service, you get caught trying to take advantage of someone, then belittle them for questioning it and threaten their safety. On the initial service call the technician checked all of the burners and the heat exchanger, he informed me that everything was in good working order, I only needed to replace the flame sensor and fix the leaking pilot line, and would have to wait and see if the igniter needed replacing or adjusting - then I went to an unsafe system with no guarantee of any work done on it, and all this for $600 - what a bargain?

Fixed my broken waterline after hours. Quick service. Thought it would cost me more. Thanks.

These jokers are so unprofessional. I called with a leak that needed addressed quickly. I called early in the morning. They said someone will be out in the afternoon. TWO MINUTES before closing, I called them and the disorganized lady on the other end was like, "oh...oh yeah. We're not gonna get to you today (Thursday). We'll be there on Monday." First of all, she had NO INTENTION of calling me to tell me this...I had to call her. Secondly, she seemed totally fine with leaving me with a leak for four days straight. She didn't even apologize! Who knows what kind of work they do; good luck getting that far!!

Not sure who is running the show over there, but they need someone new! These guys don't seem to have any idea of how to run a business!

Called South Side Plumbing several weeks ago to fix a clog in our sewer. It was backing up in our basement. They couldn’t clear the clog and wanted to dig up our whole yard for a HUGE price. Thank God we got a second opinion from a reliable company, who fixed the clog without digging and without the big ticket price! Call a professional company! Avoid the trouble!

We used South Side Plumbing at the end of September and were grossly overcharged. The work was messy and average to say the least! I will NEVER use South Side again and will be sure to tell everyone I know! Save yourself a big headache and use a PROFESSIONAL company!

I have been a customer of south sides for many years i have found they are very professional and one of the most resonable in the price department.. South side plumbing always made the extra effort to get the job done at the least cost to me the customer i mean lets face it , no one works for free and to cry about a meisly $ 75 like the other reveiwer is inexcusable try some other plumbers out there buddy you will be coming back to south side in know time. For the price you pay and the quality work an prompt service you receive put together is unbeatable..

These folks did not appear to have even the slightest idea what they were doing--and this was a simple sink replacement. Took most of 2 days; kept sending my husband to Lowes to buy parts; called a friend several times to ask how to do X or Y, and broke our disposal, so we had to replace it too. Do yourself a favor and call someone else.‎

I had used this company numerous times in the past for my rental property and called them for a for a heating issue in late 2008. They came to the property relatively quickly and immediately got to work. Once they diagnosed the problem, they told me what needed to be done, procured the parts and completed the job. I paid for the job in its entirety as soon as the work was finished.

A few weeks later they sent me a bill for an additional $75 trip charge that was never mentioned. I told them I would not pay it since it was never disclosed that this charge existed. They fought with me and insisted that they did tell me about it. In my mind, had they actually told me, why was it not part of the original invoice? They kept sending me invoices once I told them that I would not pay a fraudulent charge. I then complained to the BBBs practices. I thought the dispute was settled and then found out a few months later that they had sent me to collections!

It is clear to me that for whatever reason this firm is willing to turn their back on a repeat customer and damage their reputation in the community for a mere $75. One of their employees made a mistake and did not advise me of the $75 trip charge so rather than making the employee responsible, they are trying to make their customer take the fall. I would NOT use this plumber. There are plenty of others in the Pittsburgh area that won't rip you off and try to ruin your good credit.