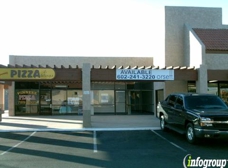 RUN,RUN,RUN from these hacks ! I had them come out to look at my GE refrigerator for not cooling.The hack tech took the back off and saw it had some pet hair and dust around the coils for the compressor so he took pictures of the back, because this was a repair for a home owners warranty, and he said the compressor was burned up because of that pet hair and dust and he went no further.He sent the pictures to the warranty company and they denied the repair saying the pet hair had damaged the unit.Major appliance said it would cost about $600 to put a new compressor in this refrigerator and for that I may as well buy a new refrigerator.I decided to get a 2nd opinion and glad I did.I called another appliance repair and the guy came out,took the back off and looked at the main board assembly that had a big burnt spot on it,he said it's a very,very common problem on this GE model and they even carry this part on their trucks because the use some many of them.He replaced the board,and the fridge is now operating perfectly ! So I almost went out and bought a whole new refrigerator because of Major Appliance Parts when all it needed was a $150 repair,that's all it cost me ! I now see major Appliance techs have no clue how to repair a simple,common ,problem,useless hacks just wanting to rip people off and make a quick buck !

What a great experience, had exactly what I needed for my washer and they were the best price in townThnxs for the help guys

Told me what was wrong sold me the part, I went home and found it was not the part I needed, so they said they could not refund my money but that they would sell me the part that I did need, they sold me the part at over twice as much as it was worth without instructions. I went back to ask for advice and the same man who sold me the part said he had no idea how to fix it, and that he had never fixed one, he wanted nothing to do with me or my problem, no help, I still don't know if this is the right part or not. NOT HAPPY WILL NOT GO BACK, I HAVE DONE BUSINESS WITH THEM 6 TIMES AND EVERY TIME HAS BEEN BAD. DONE

This company charged me for a part and shipping, I never got it. They acknowledged that I didn't receive it but refused to give me a credit after two weeks of run around. They have an F rating on the BBB, check for yourself

I have been going to Major Appliance for over 3 Years now and they have always been great about having the correct part for me, as I am a local Handyman. Very knowledgable and curteous staff. However, the Independent Contractor they hire for their A/C (Lauron) is absolutely horrible. He is very knowledgable about A/C units, but he is not very honest about obtaining parts and he has a great lack of time mangement skills. I suffered in my 92 degree house for just over a week because of it. In the end it appears as if he did good work, but i have another company coming out to double check his work. I advised the staff and Greg told me that I am not the first customer to have a negative dealing with Lauron. As far as the company goes 5 Stars, but Lauron 2 Stars.

The people at this store are extremely helpful and knowledgeable. I was really impressed with their first hand knowledge of my Washing Machine. They led me through troubleshooting my washing machine over the telephone and then had the part waiting for me when I got to their store.

Rude people with high prices. Check appliancepartspros on the web for pricing (add shiping charge) and ask Appliance Parts Depot to match it. This shop was unwilling to be competative and rude about it too.

Rude people with high prices. Check appliancepartspros on the web for pricing (add shiping charge) and ask Appliance Parts Depot to match it. This shop was unwilling to be competative and rude about it too.

We have shopped here for over 10 yrs. For oven, washer, dryer, dishwasher and refrigerator parts from small pieces to motors. They have ALWAYS been very helpful and honest. I highly recommend them to anyone, especially to do-it-yourselfers.