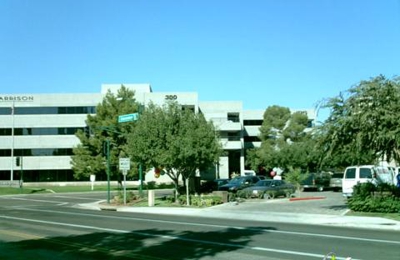 Accident was 6/16/17. It was finally on 7/3/17 that I was "approved" to take my "not-drivable" vehicle to the shop. I took it in on 7/5 and not was not completed until 7/26. It sat there for 3 weeks, while I paid for a rental car out of pocket. The body shop said they called Legacy multiple times a day with no response. They called both John and his supervisor Edgar. NOTHING.

I was calling, and not called back to the number I requested a dozen times. When I did get through, I was verbally accosted and verbally abused twice by John Camargo. After filing a report on him and his hostile behavior to his supervisor and his company, he had to gall to leave me a nasty, very condescending voicemail just a few days ago.

The poor people at the Abra Body Repair and Glass body shop had some choice words to use in reference to John, Edgar, and Legacy. Legacy finally cut the checks, but shorted the amount that was actually due. The auto body shop was so done dealing with them, they just decided to 'eat' the extra cost just to avoid anymore contact with Legacy.

John Camargo (ext 2094) and his supervisor Edgar Gullien (ext 2220) need to be written up at MINUMUM, but probably just fired. If they did it to me, they're doing it to others, They need to be held accountable. Based on how horribly I was treated, how they disrespected and refused to call the auto body shop back, and then for me to get a retaliatory message from John... are you kidding me?

Luckily for me, I saved EVERYTHING. So when I received a letter back from Annette Garcia, QA Claim Analyst Manager, Ext 2626, she took no responsibility, no accountability, and did not even bother to apologize for my mistreatment, how I was put out, how they shorted the auto body shop, and how I got a retaliatory response from John after filing a formal complaint. She blatantly lied to me and the BBB by stating all phone called were returned quickly, and everything was handling in a timely and professional manner.

Worse insurance I ever had I rate them no star there staff dont care about you they just want there money and there claim department work very slow and have attitude they really suck.

This is the worst insurance company I have ever dealt with, they do not return calls or communicate in a professional manner with their customers. The supervisor (Marvin Williams) is rude and offers no help. The savings is not worth the headache should you ever need to file a claim.