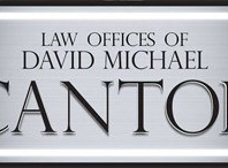 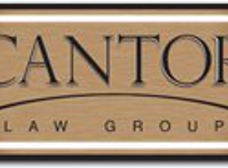 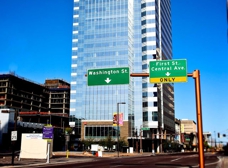 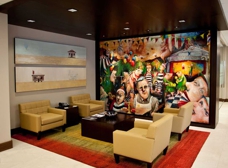 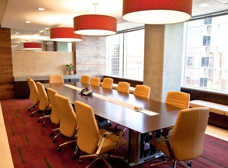 The staff and attorneys over at DM Cantor are such a pleasure to work with. They know their stuff! I have referred several people over to the firm because of the level of professionalism and experience. David is a Certified Criminal Law Specialist which makes all of the difference in the world! Please their new office is amazing! I really like the artwork throughout and it is definitely a well maintained office.

Let me start by noting that in 25 years of business I have never had an attorney experience that I valued. I have always walked away feeling overbilled and under serviced until my recent involvement with David Cantor and his staff. I contacted them regarding a DUI and they LISTENED to my concerns and answered all of my questions in a professional and timely manner. I really felt that they truely cared about the circumstances regarding my case and worked together to procure the best possible outcome. They consulted me on the facts and options that were available which allowed me to make an educated decision on how to best proceed with my case which resulted in the best possible outcome. Everything about this firm is first class from their office to their staff and the reputation and respect they command from city, county and state prosecutors. If you are facing a DUI or worse I would highly recommend that you entrust your freedom to David Cantor and his firm.

I worked with the Law Offices of David Michael Cantor on my DUI case. Everyone in the office was helpful and made me feel like a regular person who was in trouble and needed help. They explained all of my options, the potential outcomes from best case to worst case. My attorney kept me updated throughout the process. The team prepared the case and they got the charges dropped. I have referred several friends to the firm and they have all been very pleased with the work from Cantor Law Offices.

The lawyers at this firm are fantastic! I have referred several of my clients, as well as my friends, to them for representation. They always responded quickly to my inquiries, and their staff was professional and friendly. It is also nice that they are located downtown near the main Maricopa county superior courthouse. Great artwork in their office - very satirical in regards to Sheriff Joe.

Most of the people I have sent to them achieved their desired result. Those who did not get what they hoped for told me that they still felt everything possible was done on their behalf. Without going into details (for privacy reasons) I used them once myself for a personal matter. David himself handled my situation and, as I had hoped, my issue was resolved favorably. I highly recommend you consult with this firm if you ever have a legal issue with the government. Thanks again David!

Got into a little trouble on Mill Avenue and needed an attorney to help me out. I went online and searched for defense attorneys to help me out with my small case. I called quite a few attorneys that I found but always talked to the receptionist that said an attorney will call me back shortly. After waiting a few hours and not even getting a call back I went back online and I kept searching. That's when I finally found David Cantor. I called David's office and immediately spoke to an attorney. I went in for the free consultation and retained David to fight my case. In the end, David got my case completely dismissed. He's a really knowledgeable attorney and his staff was wonderful to work with. I highly recommend David to anyone who needs legal help. Thank you David!

The initial consulation was with David Cantor, who proceeded to tell us we had a slam dunk case, before pawning us off on a lesser attorney. We were charged a $3,500 retainer, which was all we had in savings, and promised we could do much of the work to save money (that never happened). We were adamant that we could not pay more, which was not argued. We used Cantor Law Offices for ONE hearing, which was 90 minutes long. We received a bill AFTER the hearing, which was for all the work they had supposedly done before the hearing...it was already almost at the $3,500. We were never contacted to do any of the work, and the attorney we were working with was near impossible to get a hold of. Long story short, the attorney did not want to bring up the majority of the issues in court. We lost our case. After firing her, we received a bill for another almost $3,000, which is now at $3,500, for a grand total of $7,000 for a 90 minute hearing. We filed a complaint with the state bar, but apparently attorneys are allowed to charge whatever they want, and nothing you discuss verbally is binding. Our impression after working (and arguing) with Cantor is that they really don't care about you or your case, just your money, and will do and say whatever is necessary to get it. Whatever you do, DO NOT use this attorney.

These reviews all act as David Cantor represents all cases. You are even lucky if you get to see or hear from Mr. Cantor.

On the first day I was already pushed around as a case to be given to the least interested attorney.

His team just ask a few question and constantly late of relying. The answers were weak and the defense was no better.

I felt as the team was only looking for easy cases and not cases that will actually require skills.

The appointed attorney only showed himself on the day of court and when he lost my case he just said oh well sorry.

For their high price of more than $10,000 you would expect much more but do not be fooled.

Even the attorney's friends said it was an easy case but you can see what the outcome was.

Very weak and uncaring firm. All they want is your money and do nothing.

Good luck but choose another firm that may care or just spend less because it might be the same outcome.

Sometimes choosing a criminal defense lawyer off the Internet can be scary and risky. The David Michael Cantor law firm gives clients exactly what is posted on their website: excellent representation. In particular, I was pleased by the representation of Christine Whalin, a member of the Cantor law team. Not only does she have solid experience in criminal defense, she is versed in the rules that govern trials. That extra edge can make all the difference. My son was charged with felony aggravated assault and because of her aggressiveness and follow through, my son was found "not guilty" by the jury. Facing trial can be stressful for the entire family. Having a good and reputable lawyer on your side who can explain the legal proceedings in layman's terms is the kind of professionalism Ms. Whalin provided to my family. Thank you Ms. Whalin and Mr. Cantor.

I was between a rock and a hard place when I got pulled over for a DUI. After watching David's video blog for news I had also learned about what to do if pulled over for a DUI. I followed his suggestions and asked for my lawyer immediately and after the police discharged me I got a blood test from the hospital.
When I met with David and his team they were confident they could get my case dismissed based on how the Police had conducted their investigation.
After seeing other reviews on this site I am shocked to think that those reviewers even went to the same law office as me. Sure they charge a fee but thats to be expected right? I mean they are lawyers, but I never felt pressured or pitched at anytime. Maybe the other reviewers had extreme DUI's or worse so thats why the Plea deal was taken.

I have known David Cantor for almost 30 years and he is without a doubt the most dedicated and passionate person I know. His drive to be the best holds true for both his personal and professional life.

Not only is David an excellent criminal defense attorney, he is an aggressive advocate for his clients. David represented me in a civil case 15 years ago and I was amazed by how much research he had done to prepare for my court appearance. As expected, his preparation paid off and the Judge took about 2 minutes to decide the verdict in my favor.

The Law Offices of David Michael Cantor have helped many of my friends in the past and I will continue to recommend him in the future. www.dmcantor.com

David Miletta helped me with my DUI. I was charged with an Extreme DUI and because of him, it was reduced to a regular DUI. David is a fantastic attorney who is a go-getter and takes his cases personally. It's money will spent unless you enjoy tent city! I have recommended their services to 4 other friends of mine who have also received DUIs, and they were happy with their services as well.