COMPLETE AUTO CARE, IT'S WHAT WE'RE ALL ABOUT

General Info
Our skilled technicians at your Phoenix, AZ Firestone Complete Auto Care are ready to serve all of your vehicle needs, keeping your car newer longer. From tires, auto services, and brakes, to alignments, transmissions, and batteries, your Firestone Complete Auto Care is your total car care company! You can drive easy with our Fixed Right Promise, too. We promise your car will be fixed right the first time, at the right price, and delivered right on time. Call or make an appointment online at one of our 1,700 locations. We re open late and on weekends!
Extra Phones 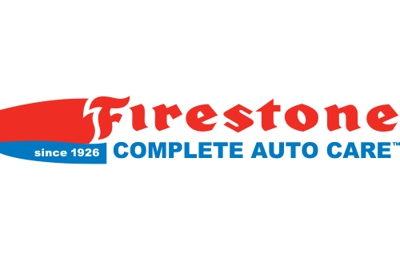 My girlfriend usually goes to Firestone because the maintenance that needs to be done for her warranty. I went in with her to pick up her car and they had a list of services that they recommended for her car. First of all, her car has 20,000 miles on it. They were suggesting services that the warranty was recommending at 50,000 miles. Another interesting tidbit, they told her that her wheels needed to be balanced. How would they know this without driving the car or putting the wheel on the balancing machine? Ridiculous. Find another shop where the people look out for you. This type of shop is where mechanics get a bad name...

I used to be a customer of this store, always pricey, but they were nice back then. This time around, talked to the manager and set up a good deal, based on the fact that i was a client for over 2 years, and the price of their competitors. Well i got there and the deal was no longer. They went to the other store website and would not go with the price that was agreed upon (10 dollars less). It's not much, we all know it, but was really upsetting to be treated as a liar. I'm not going back to take the receipt and show them that i got a better deal at the other place, this would be ridiculous.

I don't know who is the worst of them... Jason, Oscar.....and I hate people calling me sweetie when they don't know me!!!.. Because you're woman, they think you're stupid. I've given them quite a lot of opportunities, and none was successful. I bought a second hand car, before buying it, they told me that the car was ok. I was having problems in less than a week. I was spending more than 2000 dollars in their shop in less than 3 months ...but, it was even worse, because after several times paying and having the same problem again and again, they told me that they couldn't repair it, and I had to go to the dealer and another mechanic. I went back, because it's supposed that they have a warranty... I don't know which kind of warranty, last time they charge me 168 dollars without doing anything, because they asked me for another 1000 dollars, and I said that I just wanted to pick my car up.... ohh, no.. they did something, they opened my broken hood, something that in other shop opened in 5 minutes, without charging me anything. I don't trust them, even more, if I were you, it would be the last place to go with my car.